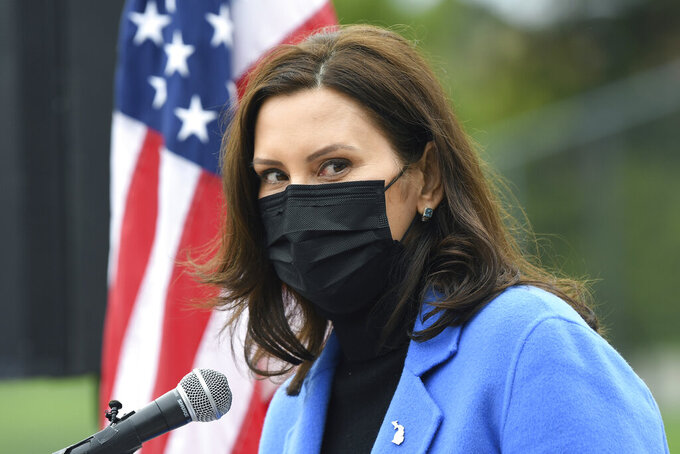 The expansion is designed to ensure all 65,400 eligible kids can attend either through the federal Head Start program or the state's Great Start Readiness Program, which covers at-risk kids whose families make up to 250% of the federal poverty level. It would be funded for three years, with an infusion of $250 million in federal coronavirus relief aid and $155 million in state dollars.

Projected school aid fund growth would make permanent the expansion in the fourth year and beyond, according to the governor's office. The Republican-led Legislature would need to OK the spending. Past expansions have garnered bipartisan support.

“Today, too many eligible kids are stuck on wait lists and unable to access the opportunity because of a lack of funding. That's just not acceptable,” Whitmer, a Democrat, said during a news conference at the Michigan State University Child Development Laboratories. “Investments in preschool pay massive dividends down the line.”

While her administration wants the funding to cover as many as 22,300 more children, it estimates 17,400 would enroll if the plan was fully implemented. The governor also requested $50 million to give grants to child care providers to add 1,500 classrooms, provide transportation, award scholarships to early educators and expand parents' awareness of free preschool.

“There is nothing we could do more to give our children a better start to their education than as a 4-year-old to have full-day pre-K,” he said. “The amount of nurturing and education that goes on in a quality pre-K is life-changing.”

Budget negotiations with lawmakers are ongoing before a July 1 deadline. The governor in recent weeks has revised her budget blueprint to reflect the influx of federal COVID-19 funds and a large surplus of state revenues. She has called for eliminating a funding gap among K-12 districts and giving grants to businesses to temporarily pay at least $15 an hour.

“We are glad for the governor's thoughtful proposal on this issue and will take it into consideration in the appropriations process,” she said.