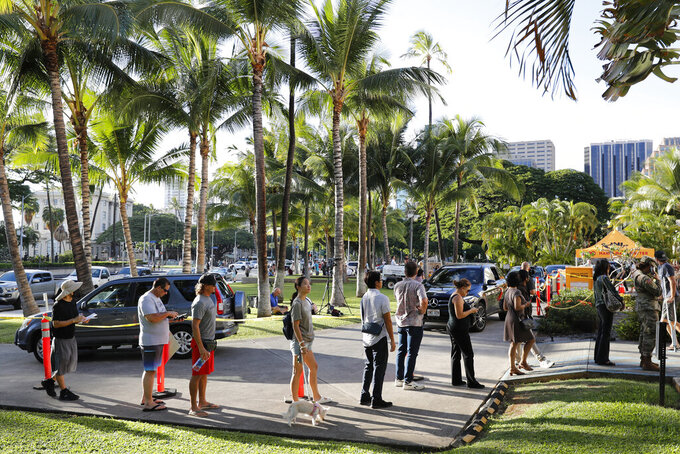 Schatz was heavily favored to win the race in Democratic Party-dominated Hawaii. The candidates did not debate, and Schatz didn’t do much visible campaigning. Last month, Schatz traveled to Arizona to campaign on behalf of his Senate colleague Mark Kelly, a Democrat who is battling a close race for re-election against Republican Blake Masters.

Schatz first joined in the Senate in 2012, when then-Gov. Neil Abercrombie appointed him to replace U.S. Sen. Daniel Inouye, who died while in office. He later won election.

He’s served as the chair of the Special Committee on the Climate Crisis since 2019.

McDermott has served 16 years in the state House of Representatives, where he is currently one of four Republicans and serves as assistant minority leader. He is a former U.S. Marine who served in Saudi Arabia during the first Gulf War.

Schatz has issued statements pushing the Navy to move swiftly to shut down the tanks and has touted work he’s done to secure funding for the closure.

The Navy has said it expects to finish emptying the Red Hill Bulk Fuel Storage Facility by July 2024.