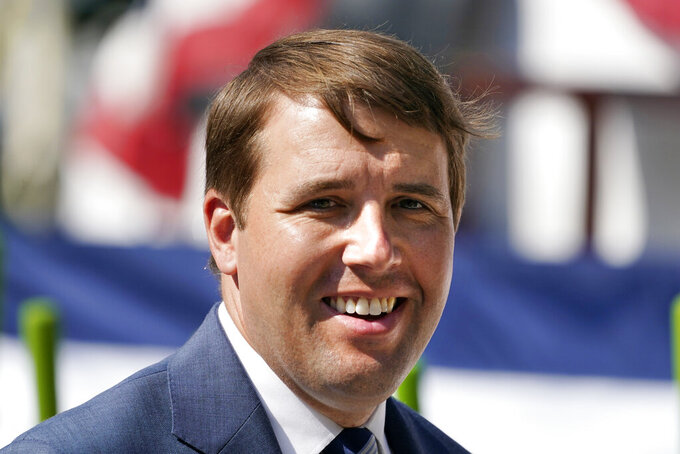 MANCHESTER, N.H. (AP) — U.S. Rep. Chris Pappas, a Democrat, announced his reelection campaign Friday for New Hampshire's 1st Congressional District and the start of a 14-community road trip across the state this weekend.

Pappas is seeking a third term in the House.

“New Hampshire has been through so much in the past two years, but through it all the spirit and resilience of our state has shown through,” Pappas said in a statement. “It’s more important than ever to have a representative who will keep fighting on behalf of Granite Staters so we fully recover and build a better future for all of our families.

“I’m proud of what we’ve accomplished by delivering vaccines and relief to Main Street, a tax cut for more than three-quarters of New Hampshire families, lower health care premiums, and a bipartisan infrastructure program that is a game changer for New Hampshire," he added. “But there’s more to be done and I’m eager to continue this work.”

The district, which covers the eastern part of the state and some of the south, including Manchester, has swung back and forth between Democrats and Republicans multiple times. Republicans have released a redistricting plan that would transform the district into one that favors their party.

At least six Republicans are running for the chance to challenge Pappas in the November 2022 general election. A Republican National Committee spokesperson said Friday that Pappas's political career is over.

“After realizing he would lose a run for Governor against Chris Sununu, he’s decided that the less embarrassing route is losing his congressional seat to become a lobbyist,” Andrew Mahaleris said in a statement.