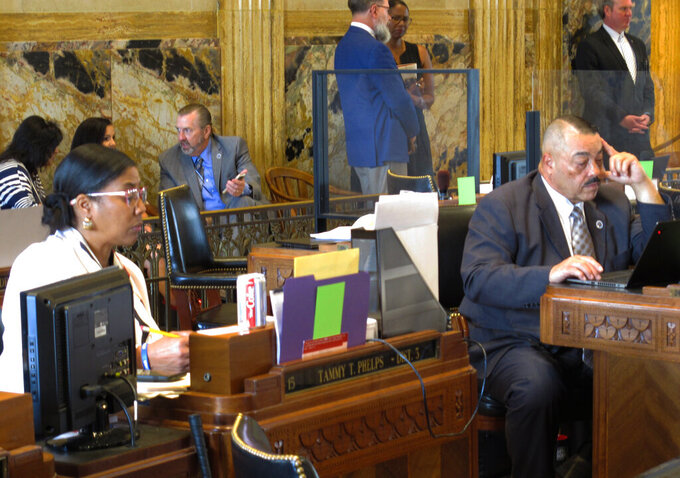 BATON ROUGE, La. (AP) — Louisiana lawmakers head into the final day of the legislative session Thursday still negotiating over roadwork spending and other financial issues, while preparing to give final passage to a package of tax changes that will face voters on the fall ballot.

Many of the major session debates are complete, including an agreement reached days ago on most of the state's massive spending bills. But legislative leaders headed into the remaining hours of their nine-week gathering still needing a last set of votes on their primary goal of session: overhauling the state's tax laws.

“I think we’re pretty far along,” said Houma Rep. Tanner Magee, the House's second-ranking Republican. “We're just trying to make sure everything fits together and does not create unintended problems.”

Republican legislative leaders were trying to send voters this fall a package of complicated tax swap proposals that would get rid of personal income tax and corporate tax deductions for federal income taxes paid in exchange for lowering the state tax rates.

The House had passed the final version of the bills, but they still needed Senate votes to head to voters in a statewide election. The Senate was expected to back the measures.

The session must end by 6 p.m. Thursday.

Democrats were still trying to push several tax break ideas, including the removal of state sales taxes from purchases of diapers and feminine hygiene projects and continuation of a 2018 expansion of a tax break program for the working poor called the Earned Income Tax Credit. They secured final passage Wednesday of a new tax credit program for businesses hiring disadvantaged youth, a program capped at $5 million annually.

“We’ve got some folks who would just rather help corporations than poor people,” James said.

Meanwhile, Senate President Page Cortez and other GOP Senate leaders were pushing to steer some of the state sales tax charged on purchases of cars and trucks to road and bridge projects, to chip away at a multibillion-dollar backlog of infrastructure work. But that would strip dollars from the state general fund that are used to pay for health care programs, education, public safety services and other government operations.

Among other outstanding issues, lawmakers also were still working on the state's multiyear construction budget, legislation to chart the spending of federal coronavirus aid, the regulations for sports betting in the 55 parishes where voters approved the wagering and a bill to change the way Louisiana shops for voting systems.