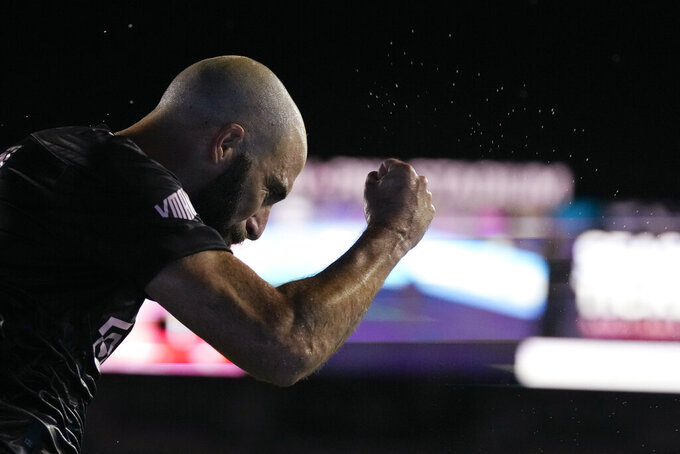 Rebecca Blackwell, ASSOCIATED PRESS
Sweat flies as Inter Miami forward Gonzalo Higuain pumps his fist after scoring his second goal of the night against the Columbus Crew, during the second half of an MLS soccer match early Wednesday, Sept. 14, 2022, in Fort Lauderdale, Fla. (AP Photo/Rebecca Blackwell)

The 34-year-old striker joined Miami in September 2020. He has 14 league goals this season, including 12 in his last 15 matches, and 27 goals in 65 games with Miami, which is in contention for a playoff spot with one game left in the regular season.

He made the announcement at a news conference on Monday.

Higuaín scored 31 goals in 75 international appearances for Argentina from 2009-18, playing in the 2014 World Cup final loss to Germany.