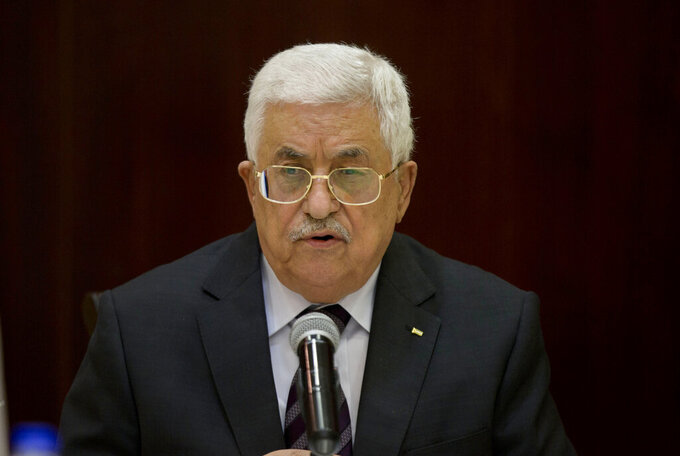 The call came amid a rare flurry of high-level Israeli-Palestinian contacts ahead of President Joe Biden’s visit to Israel and the occupied West Bank next week. The talks focused on calming tensions and coordinating security ahead of the visit.

A statement from Lapid’s office said he spoke with Abbas about “the continuation of cooperation and the need to ensure quiet and calm.” Hussein al-Sheikh, a senior Abbas aide, said Lapid congratulated Abbas on Eid al-Adha, a Muslim holiday starting Saturday, and “discussed the latest situation briefly,” without elaborating.

Abbas received Israeli Defense Minister Benny Gantz at his headquarters in the occupied West Bank town of Ramallah on Thursday and also spoke to Israeli President Isaac Herzog by phone.

The peace process collapsed more than a decade ago. High-level meetings between Israeli and Palestinian leaders are rare and tend to focus on day-to-day economic and security coordination.

Gantz met with Abbas a couple of times last year and announced measures to improve economic conditions in the occupied West Bank.

Lapid and Gantz, both centrists, are serving in a caretaker capacity ahead of elections planned for Nov. 1, in which religious and nationalist parties that take a hard line toward the Palestinians are expected to retain their majority in the Knesset, Israel's parliament.

Abbas heads the Palestinian Authority, which administers parts of the West Bank under interim peace agreements reached in the 1990s. He is deeply unpopular among Palestinians, in large part because of his close security coordination with Israel.

Biden is expected to meet with top Israeli and Palestinian leaders next week.

The Palestinians seek a state in the occupied West Bank, east Jerusalem and the Gaza Strip, territories Israel captured in the 1967 war.

Israel annexed east Jerusalem in a move not recognized internationally and views the entire city as its capital. It withdrew soldiers and settlers from Gaza in 2005 but imposed a crippling blockade when the Islamic militant group Hamas seized power from Abbas’ forces two years later, limiting his authority to parts of the West Bank.