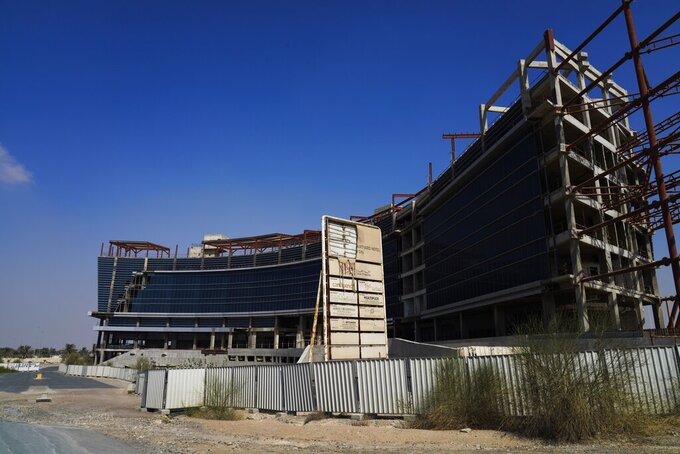 DUBAI, United Arab Emirates (AP) — Emirati prosecutors said Sunday they launched a major investigation into Dubai-based real estate developer Union Properties, saying they would probe allegations the long-troubled firm committed fraud and other offenses while trying to claw its way out of debt.

Union Properties, known for building Dubai Motor City, did not respond to repeated requests for comment.

The announcement by prosecutors renewed questions about the wider stability of Dubai's boom-and-bust real estate market, which saw Union Properties pile on some $2 billion of debt during the city-state's financial crisis over a decade ago. The company had nearly $500 million in debt at the end of last year, according to their financial filings.

A statement carried by the state-run WAM news agency said the investigation involved allegations of the firm selling property at less than its real value and hiding the name of the beneficiary of the sale, as well as forging documents and other violations.

“The investigation involves complaints lodged by the Securities and Commodities Authority on allegations of financial violations committed by Khalifa Hassan al-Hammadi, chairman of the board of directors of Union Properties, along with some of its officials,” the WAM statement said.

Neither Amna nor Khalifa al-Hammadi could be reach for comment. Union Properties’ filing sought to explain the sale by noting it came amid “the spread of the COVID-19 pandemic and its accompanying negative effects — and in light of the company’s commitment to settle its debt towards its lenders.”

Other filings on Sunday to the Dubai Financial Market showed shareholders wanted a vote later this week to possibly remove its board of directors. Separately, the company said one of its subsidiaries was involved in a lawsuit seeking nearly $1 billion, without elaborating.

Shares in Union Properties fell as much as over 9% in trading Sunday on the Dubai Financial Market before closing down 4.83% to 26 fils a share, or 7 cents.

The firm’s current shareholder structure wasn’t immediately clear, though a profile from the data firm Refinitiv showed its major investor as the Bluestone Fund.

Union Properties, like other firms, has struggled to come out of the shadow of Dubai’s 2009 financial crisis, when its property market collapsed. The city ultimately receive $20 billion in bailouts from Abu Dhabi, the Emirates’ oil-rich capital.

Union Properties abandoned the construction of a $460 million Formula One theme park in Motor City during the crisis, with its CEO at the time saying banks were no longer willing to lend money. Creditors, including the state-linked bank Emirates NBD, pursued the firm over loans of $2 billion. Even today, Emirates NBD advertises dusty buildings in Motor City as being available for sale or rent.

“Today's news was shocking, but we need to be clear that this is a good thing that there is a system, a system that adheres to punishing people who are responsible,” said Waleed al-Khatib, a managing partner at the Abu Dhabi-based trading firm Global For Shares and Bonds.

However, Dubai still faces looming debt payments that stem from its 2009 financial crisis. Dubai and its government-linked firms face a massive $30.6 billion bill coming by 2023, according to London-based Capital Economics. Dubai itself insists it is able to cover its debts and that state-linked firms should be considered separate from the sheikhdom's affairs.