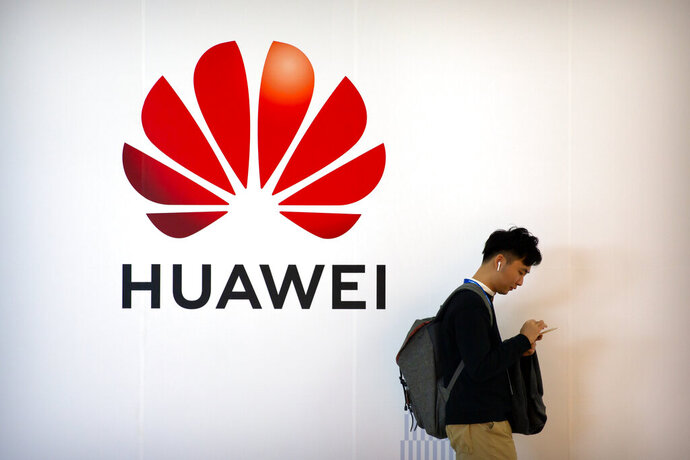 FILE - In this Oct. 31, 2019, file photo, a man uses his smartphone as he stands near a billboard for Chinese technology firm Huawei at the PT Expo in Beijing. The Justice Department has added new criminal charges against Chinese tech giant Huawei and two of its United States subsidiaries, accusing the company in a plot to steal trade secrets. The indictment from federal prosecutors was announced Thursday by federal prosecutors in Brooklyn. (AP Photo/Mark Schiefelbein, File) 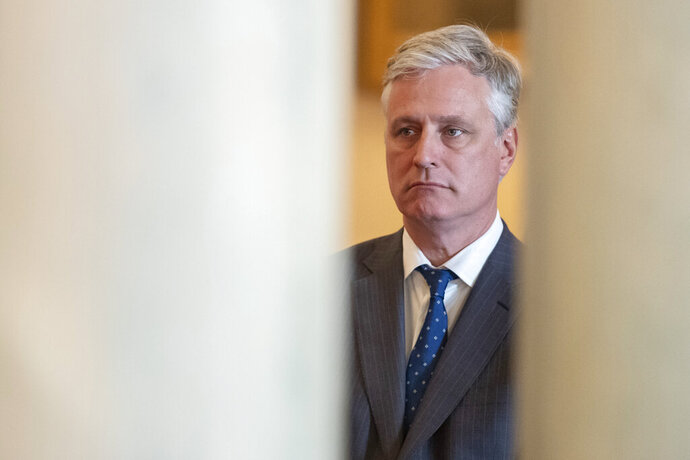