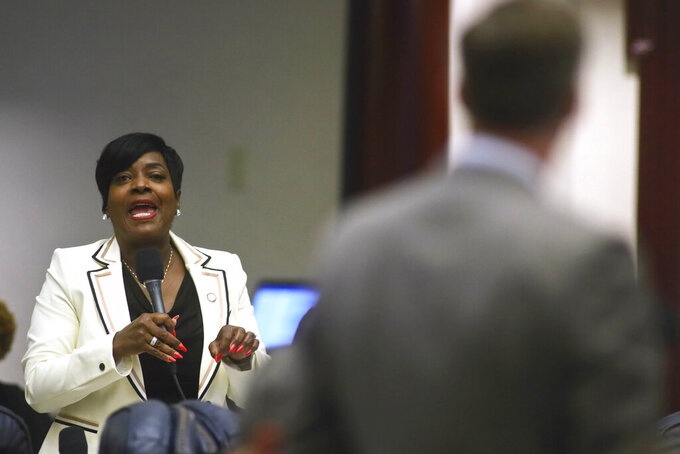 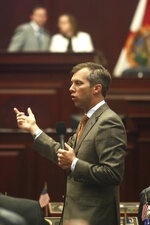 The legislative package now awaits the signature of Gov. Ron DeSantis, a Republican.

The bipartisan vote in the House capped a special legislative session in which lawmakers approved the broad insurance proposals in three days with little expert analysis in public. Still, many lawmakers said that the measures represented a meaningful way to begin to solve problems in the market, with more work to be done in the future.

“I don't think, unfortunately, that our constituents are going to see the results that they want to see right away, but I do think this is an important first step for us to take, but it can't be the last step,” said Rep. Fentrice Driskell, a Democrat.

Democrats, the minority party in the statehouse, often pushed to insert measures to ensure rate decreases or freezes but were thwarted by Republicans who argued the wide-ranging legislation could yield decreases in the next 12 to 18 months.

The insurance industry has had two years of underwriting losses exceeding $1 billion each year and several insurance companies have either gone insolvent, required midterm cancellations, are in liquidation or have stopped writing new business since 2021, the governor said in his proclamation calling lawmakers back to the Capitol. The loss of private insurers has driven property owners to Citizens Property Insurance, a state-run public insurer meant to be a last resort.

The proposals passed Wednesday would create the $2 billion Reinsurance to Assist Policyholders program for insurers to purchase insurance to help insulate themselves from risk. In order for an insurer to access the fund, it would have to reduce policyholder’s rates.

The bills would forbid insurers from automatically denying coverage because of a roof’s age if the roof is less than 15 years old. Homeowners with roofs 15 years or older would be allowed to get an inspection before insurers deny them coverage. If an inspection shows that a roof has at least five years of life remaining, insurers can’t refuse to issue a policy only based on the roof’s age, under the proposed legislation.

If a roof is more than 25% damaged but already complies with the state’s 2007 building code, it would only have to be repaired instead of replaced under an exemption to the building code that the proposed legislation creates.

Another measure would provide grants worth up to $10,000 each to retrofit homes so they are less vulnerable to hurricane damage. To qualify, properties would have to have insured values of $500,000 or less, be homesteaded, constructed before 2008 and located in areas where wind speeds from storms can exceed 140 mph (225 kph). Homeowners would get $2 from the state for every $1 they invested in mitigation efforts.

The legislation also seeks to limit various attorney fees in insurance-related cases, which insurers blame for much of the rate increases for policyholders. Supporters of the legislative package have frequently noted that Florida accounted for 9% of all insurance claims filed nationally but nearly 80% of all the property insurance lawsuits.

The package also includes a measure to require that all condominiums higher than three stories statewide have periodic inspections of their structural integrity, a proposal that came in response to the Surfside condominium collapse that killed 98 people nearly a year ago.

The bills would allow for more state oversight so regulators can spot trends, analyze reasons and try to prevent the future failure of insurers.

Insurance customer Mimi Bright said the premium on her Parkland home jumped from about $4,500 a year to more than $7,500 after her previous insurance company went out of business. She had opened a claim for water damage in December and no other private insurance company would sell her a policy when she had an open claim.

Bright said the state-run Citizens Property Insurance initially refused to give her a policy but eventually relented, leaving her with a more than 60% premium increase from her old policy.

“Right now, that is my only option because it is the only company in the state of Florida that will write with an open claim with an exception,” Bright said.