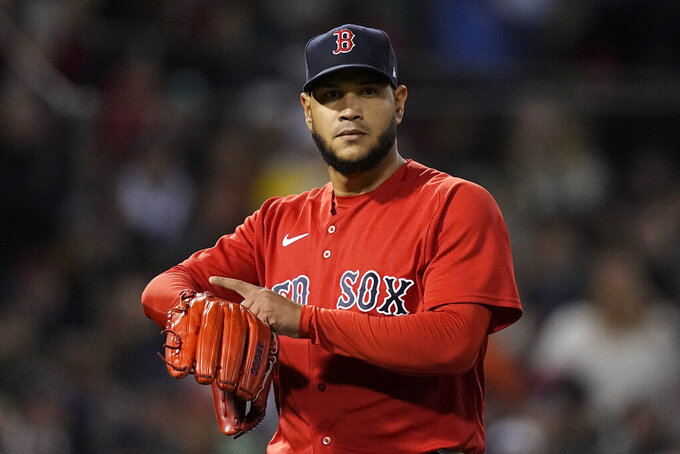 Pitcher Eduardo Rodríguez and the Detroit Tigers agreed to a $77 million, five-year contract, a person familiar with the negotiations told The Associated Press, putting the left-hander on track to become the first of the 188 major league free agents to switch teams.

The agreement is subject to a successful physical, according to person who spoke to the AP on condition of anonymity because the deal, first reported by The Athletic and MLB.com, was contingent on the medical tests.

Rodríguez, 28, whose fastball averages 93 mph, would join a Detroit rotation projected to include Casey Mize and Tarik Skubal on a team that finished third in the AL Central at 77-85, 16 games behind the first-place Chicago White Sox. Rodríguez utilizes five pitches, also throwing a cutter, sinker, slider and changeup.

Rodríguez was 1-1 in three postseason starts, losing to Tampa Bay in the Division Series opener, getting a no-decision in Game 4 and beating Houston in Game 3 of the AL Championship Series.

Rodríguez missed the pandemic-shortened 2020 season because of myocarditis, heart inflammation caused by COVID-19.

Boston made him an $18.4 million qualifying offer and would receive an additional pick in next year's amateur draft if the deal with the Tigers is finalized.

Negotiations for most free agents are expected to move slowly ahead of a lockout that is expected to start Dec. 2, after the expiration of baseball’s collective bargaining agreement.