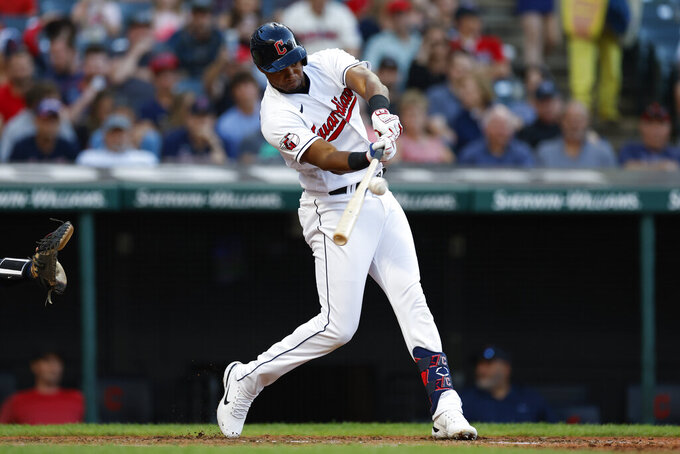 The move was one of several made by the Guardians before playing a split doubleheader against the New York Yankees. Friday's series opener was postponed by rain.

The 24-year-old Gonzalez has given the team a major lift since coming up from the minors. He's batting .285 with two homers and 14 RBIs in 32 games.

Gonzalez was scratched Thursday after arriving at Progressive Field and reporting his discomfort to the team's training staff. He underwent an MRI on Friday.

The Guardians also recalled rookie left-hander Kirk McCarty to start the opener of the doubleheader and brought up infielder Gabriel Arias from Triple-A Columbus. Arias has been sidelined with a broken hand.

Also, reliever James Karnichak was activated from the 60-day IL and optioned to Columbus. He hasn't pitched in the majors this season due to a shoulder strain.