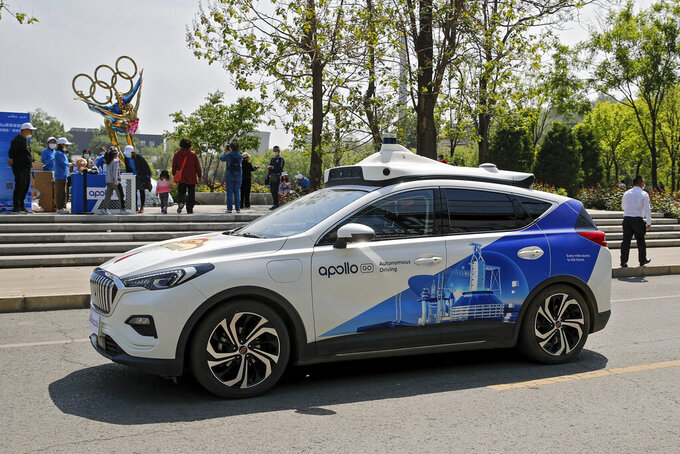 The permits given to Baidu and Pony.ai allow them to offer rides without a safety driver behind the wheel to take over in cases of an emergency. The new permits still require a safety supervisor to be seated in the front passenger seat.

Baidu said 10 such autonomous cars began offering rides to passengers within a 60-square-kilometer (23-square-mile) area in suburban Beijing from Thursday.

Baidu already operates an autonomous fleet of taxis in Beijing under its Apollo Go ride-hailing services, but they must have a safety driver behind the wheel.

In 2020, Beijing set a goal for 70% of cars sold in 2030 to have Level 2 and Level 3 self-driving technology. Level 2 is partial driving automation, which means the vehicle can control steering and speed. Level 3 automation means that the car can detect what's going on around it and drive itself.

The company said in a statement that it has accumulated over 27 million kilometers (16 million miles) of road testing over the last nine years with no traffic accidents.