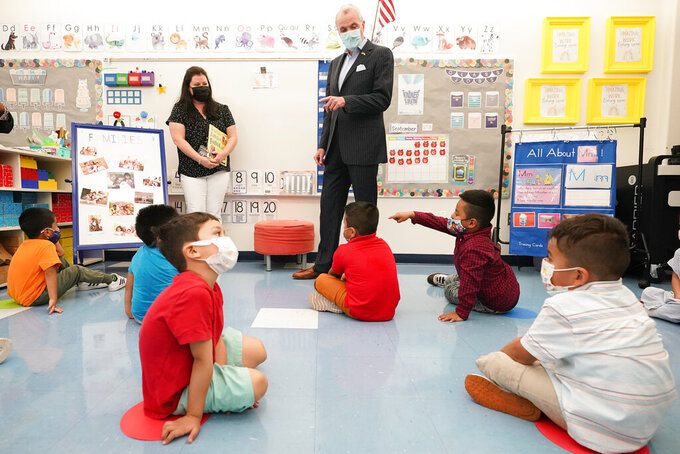 Murphy, a Democrat running for reelection this year, has increased state funding for pre-K since he took office in 2018 by 35%, but the pledge Thursday will expand the availability of early childhood education.

So far in the state, 140 of New Jersey's roughly 600 districts have state-funded pre-K programs.

“While we still have a long way to go to achieve pre-K for all, today’s expansion further demonstrates our commitment to reaching as many students as possible,” Murphy said.

It's unclear how long the expansion will take and how much it would cost. Murphy didn't specify a timeline, but he tasked the state Department of Education with making a plan to meet the goal.

Florida, Vermont and the District of Columbia have “truly universal pre-K programs,” meaning they're not capped based on income or enrollment levels, according to the nonpartisan Education Commission of the States. New Jersey would join that list under Murphy's proposal.

Thursday's announcement won praise from lawmakers, as well as from the state's biggest teachers union, the New Jersey Education Association.

The announcement comes just as mail-in ballots are about to go out to voters who opted to get them in the Nov. 2 election. Murphy faces Republican challenger former Assembly member Jack Ciattarelli. Ciattarelli has called for expanding pre-K through private daycare providers.

He's also written in an op-ed that the state cannot afford fully funded universal pre-K, saying instead it should be means-tested.