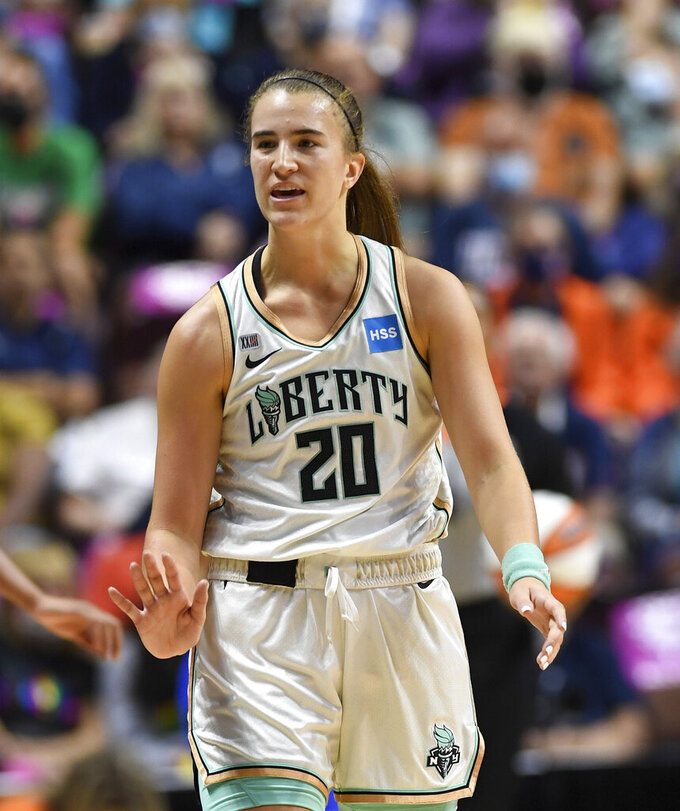 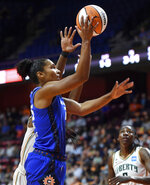 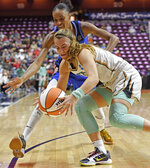 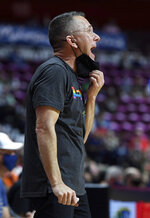 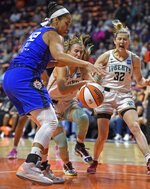 Jones completed her league-leading 17th double-double in the third quarter.

DiJonai Carrington added 14 points and Brionna Jones had 13 for Connecticut (25-6). The Sun got a season-high 36 points from their bench. Natisha Hiedeman scored 11 points and Jasmine Thomas had 10.

Alyssa Thomas, who has been out this season with an Achilles’ injury suffered in January, scored six points in 17 minutes for Connecticut.

Natasha Howard had 25 points and eight rebounds for New York (11-20), which has lost eight games in a row. Michaela Onyenwere added 14 points, and Sabrina Ionescu had 12.