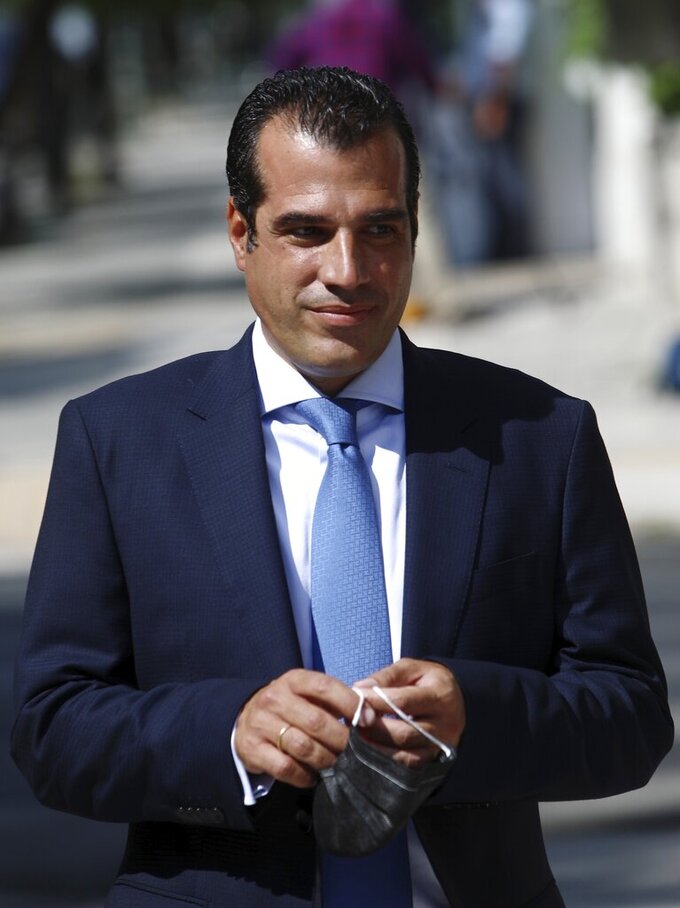 ATHENS, Greece (AP) — Greece's new right-wing health minister apologized Wednesday for past remarks that the country's Jewish community had taken strong issue with, and avowed his “absolute respect” for Holocaust victims and his opposition to antisemitism.

Athanassios Plevris' statement on social media came hours after the Central Board of Jewish Communities in Greece — which uses the Greek acronym KIS — expressed concern over his Cabinet appointment on Tuesday.

A KIS statement had summoned Plevris to apologize for remarks he made as defense lawyer in a 2009 court case against his extreme far-right father, Constantinos Plevris, who was charged with incitement to racist hatred or violence over a book called “Jews: The Whole Truth.”

KIS quoted the health minister as having said then, commenting on a reference to the Nazi Auschwitz death camp: “What incitement is this? Is it that one is not allowed to believe and want to believe that ‘I want to exterminate someone?’”

Plevris said Wednesday that KIS' objections to his court comments were “understandable” and that he “fully disagrees” with his father's views.

“But I never wanted to insult the Jewish people, and I apologize if I did,” the 44-year-old lawyer said. “I am certain that...as health minister, I will leave not the slightest grounds for reservation for those who doubt my respect for the Holocaust, and they will see that under no circumstances do I harbor antisemitic sentiments.”

The new minister joined the governing center-right New Democracy party in 2012 and before then was elected as a lawmaker with a small populist right party. He has repeatedly said he rejects the political views of his father, who was eventually acquitted.

Plevris, who lies well to the right of New Democracy's general line, was given the health portfolio — his first Cabinet position — during a government reshuffle Tuesday.