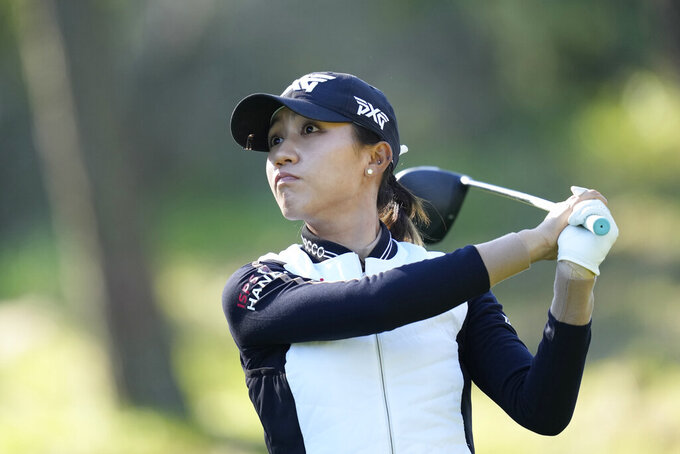 Willie Mack III is headed to the Mexican resort of Mayakoba on a sponsor’s exemption, the final act of what has been a memorable year.

He measures his success more in making two cuts on the PGA Tour than the two tournaments he won on the Advocates Pro Golf Association, a tour of 36-hole events that endeavors to prepare minorities for golf.

“Making those cuts,” Mack said Monday evening before boarding his flight to Cozumel. “That’s the level I want to be at. Knowing I can at least make some cuts out there gives you a little bit of confidence. Hopefully, I can play well this week and keep it going.”

His five appearances on the PGA Tour began at Torrey Pines when he took over a spot in the field for APGA Tour players when his friend Kamaui Johnson had a positive COVID-19 test. He also received the Charlie Sifford Memorial exemption to the Genesis Invitational at Riviera, and while he was gutted to miss the cut after opening with a 70, the weekend featured an hourlong lunch with Tiger Woods.

“I was nervous before I met him, but we sat down and just started talking,” Mack said.

He made the cut in the Rocket Mortgage Classic in his home state of Michigan and in the John Deere Classic. That stands out more to Mack than his dominant year on the APGA Tour.

His two victories included a six-shot win in the Tour Championship at the TPC Sugarloaf and the Billy Horschel Invitational at the TPC Sawgrass, which came with a $25,000 prize.

He built relationships along the way, specifically with Farmers Insurance, whose sponsorship helps with travel and other costs. He also has a friend in Horschel, who came out to watch him practice last week; each works with instructor Todd Anderson.

But not all the memories were happy. Mack is still stung by coming up two shots short of getting through the second stage of Korn Ferry Tour qualifying, which would have assured him some status for next year. All is not lost.

A player who has been grinding on the mini-tours for a decade (he has won 66 times), who once slept in his car when he was running low on cash and who received as much support as he could from a single father in Michigan hasn’t lost hope.

“I wish I would have gotten through Q-school, but it’s not the only way to get on tour,” he said.

The stage is set in Dubai this week for the 12th edition of the Asia-Pacific Amateur Championship and what could be shaping up as a battle between Yuxin Lin of China as he goes for a record third title and Keita Nakajima, the No. 1 amateur in the world.

And it could be a preview down the road for who will be the next PGA Tour winner.

Hideki Matsuyama is the first winner of the Asia-Pacific Amateur (2010, 2011) to go on to become a major champion, winning the Masters this year. It was fitting because Augusta National and the R&A were behind the creation of the event. The idea stated by then-Augusta National Chairman Billy Payne was to “identify good golfers and create heroes.”

Lucas Herbert added to the heritage when he won the Butterfield Bermuda Championship last week. The 25-year-old Australian became the eighth Asia-Pacific Amateur participant to win on the PGA Tour.

ANYONE FOR THE VARE TROPHY?

The Vare Trophy for the lowest scoring average on the LPGA Tour is coming down to the final two tournaments, just not among those who have played the best golf this year.

The LPGA has a policy that players must compete in 70 rounds.

Nelly Korda leads at 69.074, narrowly ahead of Jin Young Ko (69.186) in another example of their battle this year. But with only two events left (a maximum of eight rounds), neither will have played enough to be eligible for the award. Korda has played 54 rounds, while Ko is at 59.

Ko is playing in Saudi Arabia this week and originally planned to take next week off to rest for the season-ending CME Group Tour Championship. And then she realized that would leave her one round short of the minimum 70 rounds for the Vare Trophy. She put the Pelican Women’s Championship back on the schedule.

The next change probably needs to be the policy. The Vardon Trophy for the PGA Tour requires 60 rounds, and the PGA Tour has a bigger schedule.

Patrick Cantlay hasn't played since the Ryder Cup and says he has no plans to resume until the Hero World Challenge at the earliest.

Daniel Berger and Bryson DeChambeau from the U.S. team have not played an official event since Whistling Straits, nor has Lee Westwood from the European team.

Westwood is not listed for the field in Dubai next week and, at No. 105 in the Race to Dubai, is not eligible for the season-ending DP World Tour Championship.

DeChambeau competed in the Long Drive Association, reaching the quarterfinals. But he hasn't chipped or putted. He also has a made-for-TV match (12 holes) against Brooks Koepka on Thanksgiving weekend.

The Genesis Scottish Open, part of the PGA Tour schedule next year, will return to the Renaissance Club near Muirfield. ... Based on the two-year rolling formula of the world ranking, Jordan Spieth moved up three spots without playing last week to No. 10. He is back in the top 10 for the first time since Oct. 14, 2018. ... Nikki Gatch has been elected president of the Southern California Golf Association, the first woman in that position in the 122-year history of the organization. ... Brian Gay had a respectful showing as defending champion in Bermuda. He couldn't get on his flight because the plane was too heavy. He never had a chance to play the course until a 75 in the first round. He followed with a 67 to make the cut and a 64-68 weekend to tie for 12th and earn $129,025. ... Lucas Herbert is the first Australian since Adam Scott in 2008 to win on the PGA Tour and European Tour in the same year. ... The Houston Open has found another fill-in title sponsor for this year, signing on Hewlett Packard. ... The Women's British Open has set its date as Aug. 4-7 next year at Muirfield.

Americans have gone four consecutive weeks without winning on the PGA Tour, the longest stretch since the Florida swing in 2016.

“Definitely gets me in the Masters? OK. I mean, the next 12 months are going to be really cool.” — Lucas Herbert after winning the Bermuda Championship for his first PGA Tour victory."