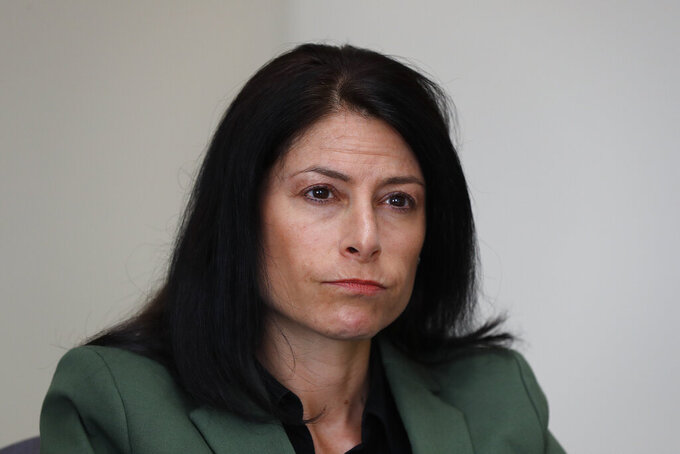 The independent citizens panel, which was empowered by voters to draw maps instead of partisan lawmakers, called the controversial closed session with its lawyer on Oct. 27 to discuss two memos, titled “Voting Rights Act” and “The History of Discrimination in the State of Michigan and its Influence on Voting.” It was its first meeting after receiving public feedback about drafted congressional and legislative lines at hearings across the state.

In Detroit, residents and even the state's civil rights director had criticized how the proposals had no majority-Black districts. The current maps, drawn in 2011, have 15.

Nessel, in a legal opinion issued at the request of two legislators, said matters discussed privately at the meeting presumably provided commission members with certain legal parameters and historical context to consider when developing, drafting and adopting redistricting plans.

“If this presumption is correct, then the Commission was conducting ‘business’ that should have been done in an open meeting,” she wrote to Republican Sen. Ed McBroom of Vulcan and Democratic Sen. Jeff Irwin of Ann Arbor, citing the state constitutional amendment that created the panel. It requires “all” business to be conducted at open meetings.

Nessel rejected that the private discussion was justified due to attorney-client privilege, saying it is “repugnant to the constitution to go into a closed session to discuss a memorandum that is not confidential and must ultimately be published."

Edward Woods III, spokesman for the 13-member panel, said the commission respects the attorney general's opinion and will discuss her opinion “openly and transparently” at its next meeting on Dec. 2. At a meeting last week, two commissioners said they were considering potentially releasing the memos.

The panel plans to take final votes on maps in late December, after which lawsuits appear likely.

The commission's experts have said African Americans could still elect candidates of their choice in seats where they comprise under 50% of the voting-age population. It has since proposed state House maps with three to seven majority-Black districts — up from zero under earlier drafts but down from 11 in the map that was drawn a decade ago — but none for Congress or the state Senate.

FAIR Maps, a conservative group tracking the redistricting process, said the panel should make public all legal memos, minutes and available footage from the closed meeting.

“The Constitution says the public has the right to know what they did and what they discussed. Commissioners must stop breaking the law immediately," executive director Tony Daunt said.