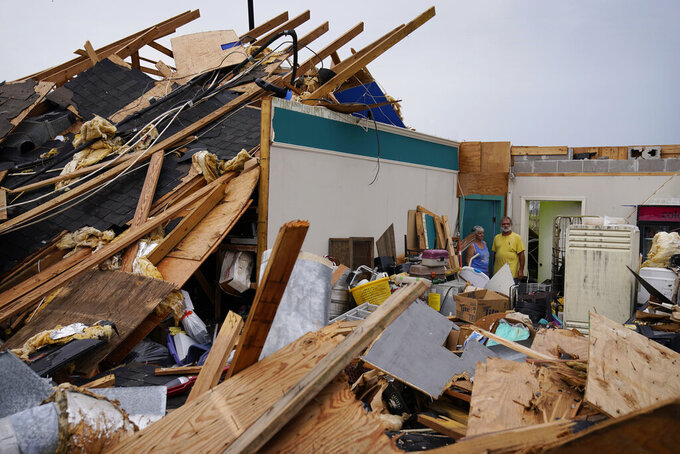 Secretary of State Kyle Ardoin urged the Democratic governor to push the Oct. 9 election back to the Nov. 13 date that was scheduled for runoff competitions. The Republican elections official is recommending using the November date for the primary election with a Dec. 11 runoff date as needed.

Ida's devastation "would make holding the election on its original dates virtually impossible without impairing the integrity of the election," Ardoin said in a statement.

Edwards said Tuesday that he hasn't determined whether he'll agree to the postponement.

“I understand I don't have much time to make that decision,” he said, adding he'd make the determination quickly.

The October ballot has a statewide proposal to overhaul Louisiana’s income tax structure, along with several special elections to fill vacant legislative seats and municipal elections in New Orleans, including the mayor’s race. Early voting is scheduled to begin Sept. 25.

But with widespread power outages in some parishes — and utility officials estimating it could still be weeks before those areas are restored — that could cause problems for holding elections. Meanwhile, some workers who staff the polling locations have been displaced by Ida's destruction. Postal service for absentee ballots is disrupted in some areas. Of the 280 polling locations assessed so far, the secretary of state's office said 88 are damaged.

Louisiana's last hurricane-related election delay was in 2008 after Hurricane Ike, according to the secretary of state's office. For that storm, elections in Cameron and Terrebonne parishes were pushed back several weeks.