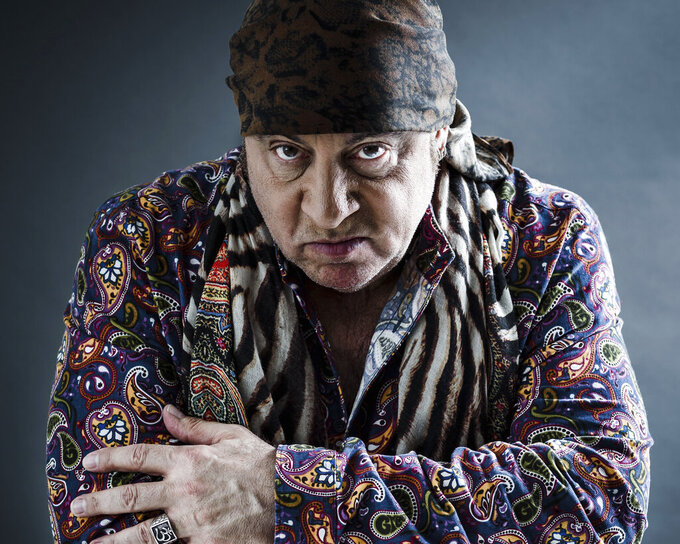 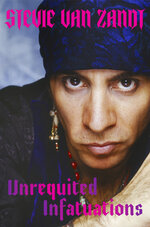 That moment was in 1983, during the recording of Bruce Springsteen’s breakthrough album “Born in the USA.” Van Zandt, the bandanna-wearing guitarist for Springsteen’s E Street Band, had a fight with The Boss. And then he walked away. On the cusp of the big time.

“Leaving the E Street Band when I did, ended my life as I knew it,” Van Zandt tells The Associated Press in a recent interview. “You can’t be reborn until you die. So that had to happen.”

Van Zandt would go on to remarkable things. He became a solo artist, an outspoken voice for the oppressed around the world, a music educator and a radio host who found a second act as an actor on such TV shows as “The Sopranos” and “Lilyhammer.”

But he still looks back on that temporary break — Springsteen and Van Zandt would eventually reconcile — as a key turning point. In his book, “Unrequited Infatuations,” he calls it “the big mistake of my life” and “my very public career suicide.”

Like its author, “Unrequited Infatuations” from Hachette Books is unassuming, smart, funny and honest, sometime brutally so. Van Zandt covers his life chronologically and also fills the book with the history of rock, his vision for a better world and advice for fledgling rockers.

“My narrative, which is kind of weaving its way through, is the least important part of it to me,” he says. “I didn’t need to confess anything. If I could find a way for it to be useful, I thought then it’s worth writing.”

Readers get a chance to explore all the different parts of the peripatetic Van Zandt, who produces and writes for other musicians, reunites rock pioneers like The Rascals, fights for the LGBT community in North Carolina and shows up on one of the most important TV shows of the 20th century.

It turned out that playing mob consigliere and strip club owner Silvio Dante on “The Sopranos” was a natural fit. He played the same role in the E Street Band, the guy with the good advice who doesn't want the spotlight. Both were sort of faithful underbosses.

“Before you know it, I’m playing that role that I have, in fact, played in real life,” he says. “Somebody has to be that guy in order for a family or a band or anything else to actually function properly. It ended up, very, very natural. And I think that’s why it worked so well.”

Ben Greenman, a novelist and journalist who has collaborated with such musicians as Questlove, George Clinton, Brian Wilson and Gene Simmons, said editing Van Zandt's book was endlessly fascinating since stories had a tendency to tumble out during their regular calls.

“I think the book is a real accurate reflection of the person — there’s plenty of humor and excitement and vivid writing and cameos,” he said. “A good rule of thumb is if it’s this fun to work on, it’s probably this fun to read.”

While building a portrait of one New Jersey artist, another emerges — that of Springsteen himself. To anyone who thinks The Boss' current persona as a working-class hero standing up against a rigged system was always there, think again.

Van Zandt explores a U-turn Springsteen made between “Born to Run” and “Darkness of the Edge of Town,” when his identity flipped from a rebel leaving town to conquer the big city into a rural, stand-and-fight balladeer.

“He completely, 180 degrees changed his identity. He’s fronting, he’s playing a character,” says Van Zandt. "That was the most important moment of his life, because he stayed in that persona forever.”

Van Zandt sent Springsteen the manuscript before publication and he suggested no changes. “He was in the book more than I planned on him being in the book because he turns out he’s a very big part of my life, you know?” Van Zandt says.

After his break with The Boss, Van Zandt made perhaps his biggest global statement when he spearheaded a cultural boycott of South Africa, forming Artists United Against Apartheid in the mid-1980s and writing the anti-apartheid anthem, “Sun City,” which shamed artists who performed in South Africa while Nelson Mandela was jailed.

“Would Mandela have gotten out of jail? Would the South African government have fallen? Probably. But we took years off both of those things,” Van Zandt writes.

Told that bringing a hateful regime to its knees was probably better than playing guitar in a band and Van Zandt laughs. “That’s not a career,” he says. “It don’t pay the bills, you know? And Nelson never offered to pay my rent.”

Van Zandt often found frustration without the comfort of the E Street Band. There is a shelf worth of albums he helped make — from a punk album to a musical theater show for Meat Loaf — that flopped or were shelved. A constant refrain in the book's second half is: “Nobody heard it.”

Another career as an actor in “The Sopranos” and “Lilyhammer” blossomed but there is a wistfulness that his solo music never caught on: “The third career, if you will, as an artist, really never found its audience, not yet anyway. Hence the title.”

Along the way, he throws shade at Paul Simon, Frank Zappa and Whitney Houston, while sharing how he became political and his rules for the best cover songs, nominating “You Keep Me Hanging On” by Vanilla Fudge as the best attempt.

It's all punctuated with advice from someone who's been on top and down low. “As soon as you can afford it, get separate rooms,” he advises new bands. To the main songwriters, “share a bit of the publishing money. It won’t kill you,” he writes. Perhaps the biggest pieces of advice: get a manager, something Van Zandt never did and still rues.