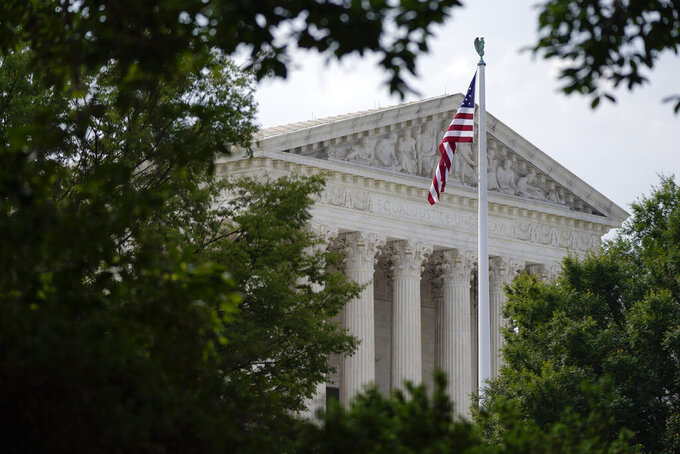 The U.S. Supreme Court on Thursday agreed to hear a case that could dramatically change the way elections for Congress and the presidency are conducted by handing more power to state legislatures and blocking state courts from reviewing challenges to the procedures and results.

The justices will consider whether state courts, when finding violations of their state constitutions, can order changes to federal elections and the once-a-decade redrawing of congressional districts. The case probably will be argued in the fall.

“This case could profoundly alter the balance of power in states and prevent state courts and agencies from providing protections for people's right to vote,” said Rick Hasen, a law professor at the University of California, Irvine. “There's a wide range of ways the court could rule on this. Taken to its extreme, it would be a radical reworking of our system of running elections.”

In the most extreme example, lawyers said, if the Supreme Court were to rule that no entity besides state legislatures can set rules regarding federal elections, that could stop a governor from vetoing election bills or a state court from blocking rules that set up different voting hours in urban and rural precincts.

Jason Torchinsky, a Republican lawyer who wrote a legal brief urging the high court to take the case, said it is absurd to think the Supreme Court would ultimately allow that. He noted that as recently as 2015, the court agreed that legislatures do not have absolute power in elections, ruling that Arizona's voter-approved redistricting commission could legally take the authority away from lawmakers to draw district lines.

“I don't think you can take the theory as far as ‘the legislatures alone can do whatever they want,’” Torchinsky said. “The problem is we have these rogue state courts.”

The Supreme Court has never invoked what is known as the independent state legislature doctrine, but four of the court's conservative justices have expressed interest in taking on the subject. One of them, Justice Clarence Thomas, was among three justices who advanced it in the Bush v. Gore case that settled the 2000 presidential election.

It only takes four of the nine justices to agree to hear a case. A majority of five is needed for an eventual decision.

The issue has arisen repeatedly in cases from North Carolina and Pennsylvania, where Democratic majorities on the states’ highest courts have invoked voting protections in their state constitutions to frustrate the plans of Republican-dominated legislatures.

The case comes as state courts have become increasingly involved in redistricting, the consequence of a 2019 decision in which the Supreme Court said federal courts could no longer handle claims of illegal partisan gerrymandering.

Initially, in cases in states such as North Carolina and Pennsylvania, that hurt Republicans and helped Democrats. But courts in Democratic-dominated states including Maryland and New York then threw out maps as Democratic gerrymanders, leaving Republicans with a slight edge at the end of the once-a-decade congressional redistricting process.

The high court already has another significant redistricting case on its to-do list for the fall, a reconsideration of how the Voting Rights Act requires majority-minority districts to be drawn to ensure marginalized groups have a chance at electing their preferred representatives.

But the North Carolina case has implications far beyond redistricting, The independent state legislative doctrine could also hold that state courts cannot stop legislatures from imposing any restrictions they want on congressional voting or even the selection of electors who choose the president of the United States.

North Carolina House Speaker Tim Moore, who filed the appeal to the high court, cheered the news that the case will be heard. “This case is not only critical to election integrity in North Carolina, but has implications for the security of elections nationwide," Moore, a Republican, said in a statement.

“In a radical power grab, self-serving politicians want to defy our state’s highest court and impose illegal voting districts upon the people of North Carolina,” said Bob Phillips of Common Cause, North Carolina, which brought the lawsuit that overturned the GOP-drawn maps. “We will continue to stand up for the people of our state and nation as this case goes to the U.S. Supreme Court. We must stop this dangerous attack on our freedom to vote.”