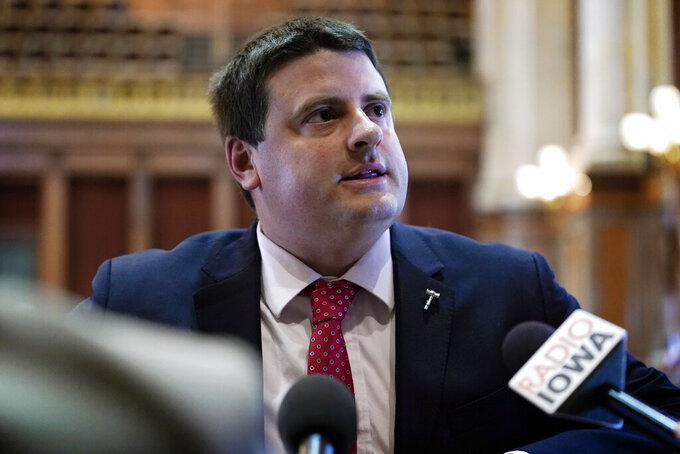 DES MOINES, Iowa (AP) — Gov. Kim Reynolds' proposal to divert about $55 million from public schools to private school scholarships will not pass in the Iowa House because of a lack of Republican support, House Speaker Pat Grassley said Monday.

Reynolds' plan to provide taxpayer-funded scholarships for up to 10,000 students to attend the private school of their choice was one of her top priorities for the legislative session. The measure passed the Senate in March with only Republican support but won't clear the House, despite the GOP holding a 60-40 edge in the chamber.

The opposition largely came from lawmakers in rural areas and smaller communities who were concerned about the loss of money to public schools. Reynolds targeted at least one Republican, Jon Thorup of Knoxville, by supporting his opponent in the upcoming June primary election because of his opposition to her bill.

“It doesn't look like were going to be able to put the votes together in the House this year to pass that, however, we want to continue to work with the governor to get something achieved that's been a big priority of hers moving toward next session and we'll work on that in the off season,” Grassley said.

Reynolds' spokesman said Monday she had no comment. She said last week she will keep working to pass the proposal.

Grassley said the session likely will end this week. Adjournment has been delayed over the issue of private school scholarships.