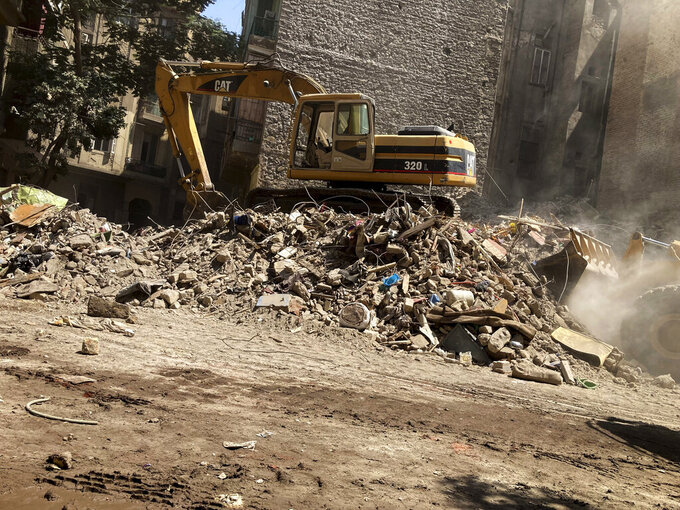 CAIRO (AP) — A building collapse early on Friday in the Egyptian capital of Cairo killed six people, authorities said, as rescuers at the scene searched through the rubble. It was not immediately known what caused the collapse.

The city’s deputy governor, Ibrahim Abdel-Hadi, said in a statement released by the Interior Ministry that one family of six was believed to have been inside the six-story building in the el-Waily neighborhood when it gave way in the early hours of the morning. He said workers were continuing to search through in the rubble.

People were also asked to leave the surrounding buildings because of structural concerns.

Bulldozers and diggers were still lifting debris at the scene on Friday afternoon. A neighboring building had lost part of a wall, exposing the interior of an apartment.

Building collapses are common in Egypt, where shoddy construction and lack of maintenance is widespread in shantytowns, poor city neighborhoods and rural areas.

The country’s government has tried to crack down on illegal building in recent years after decades of lax enforcement. But the megacity still contains entire neighborhoods of unlicensed red brick apartment buildings and shantytowns.