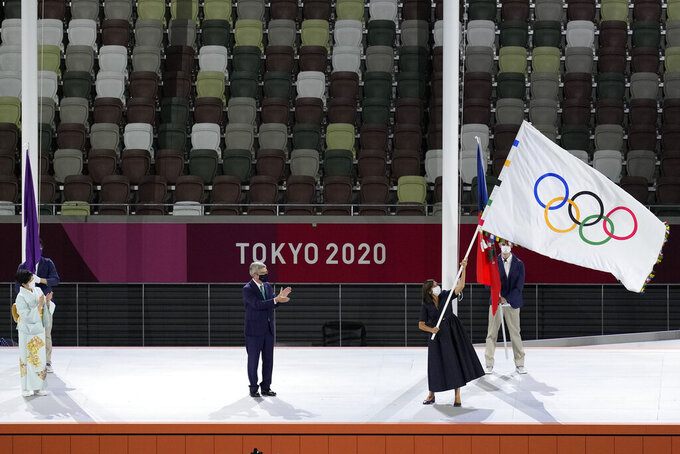 PARIS (AP) — Paris Mayor Anne Hidalgo brandished the Olympic flag on Monday in Paris upon her return from Tokyo, as the French capital will organize the Games in 2024.

After leaving the plane at Charles de Gaulle airport, surrounded by many of France’s Olympic medalists, Hidalgo spoke of her “great emotion.”

The flag “is the symbol that now, really, the Paris Games are coming and it will go very fast,” Hidalgo told reporters, saying they will be “very positive for our country.”

She said the Tokyo Games were “organized in very difficult conditions” because of the COVID-19 pandemic.

French organizers will stay in touch with Japanese counterparts to prepare for the Paris Games, including on security issues, Hidalgo added.

The Olympic flag will be raised at Paris City Hall later Monday. A celebration event will then take place at the Trocadero square, near the Eiffel Tower, so that the public can welcome French medalists home.