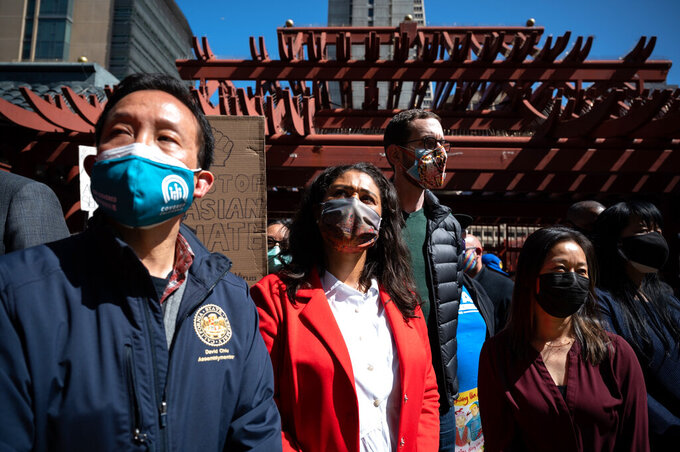 Chiu, 51, will be the first Asian American to hold the position. He replaces longtime City Attorney Dennis Herrera, who was tapped by Mayor London Breed to head the San Francisco Public Utilities Commission after the federal government charged the previous general manager with accepting bribes.

“It will be an honor to be able to use the power of the law to fight for justice on behalf of the people of San Francisco in this new capacity,” Chiu said in a statement from the mayor's office announcing his appointment. "The San Francisco city attorney's office has been on the forefront of some of the most important legal battles in the country, and I look forward to continuing that legacy.”

Chiu's appointment to municipal elective office opens up a state assembly seat representing the eastern portion of the city. Gov. Gavin Newsom will call for a special election to replace Chiu in Assembly District 17.

San Francisco City Hall is familiar to Chiu, a former civil rights lawyer, prosecutor and president of the Board of Supervisors. The son of Chinese immigrants, he grew up in Boston and earned undergraduate, master's and law degrees from Harvard University.

The city attorney's office provides legal services, including advice and defense, and pursues allegations of unfair competition within San Francisco. Herrera also proactively sued the Trump administration in areas of health care and immigration and investigated ride-hailing services Uber and Lyft over driver pay and benefits.

Chiu was first elected to the state Assembly in 2014 and there, he authored legislation on housing, homelessness, consumer protection and civil rights. He will need to run for office in June 2022.

Breed, Chiu and Herrera are all Democrats.

The job changes were made possible by a federal investigation announced in January 2020 charging the city's then-director of public works with fraud and lying to the FBI.

The long-running federal investigation into San Francisco corruption and a concurrent investigation by Herrera's office has led to the resignations of several department heads, including Mohammed Nuru in public works and Harlan Kelly at the water, power and sewer agency.