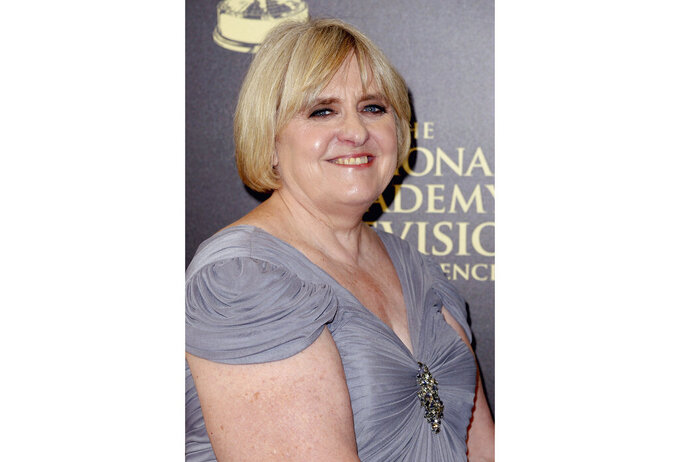 TRENTON, N.J. (AP) — Candace “Candy” Straight, an investment banker and film producer who worked for decades to help get women elected to office in New Jersey, has died. She was 73.

Straight had two kinds of blood cancer and suffered a stroke and heart attack at Hackensack University Medical Center, where she died Sunday, according to her friend Gail Gordon, who was by her side when she passed.

Her friends, colleagues and even political rivals remembered her as a passionate and tireless worker on behalf of advancing women in politics and society. She backed women for office and numerous boards and she produced the 2016 film “Equity" starring Anna Gunn about a woman who unravels financial corruption. A documentary she coproduced about the Equal Rights Amendment is expected to be released this year.

“There were probably a hundred given instances in a week if there was a cause or a person she believed in she was always thinking about helping that person or advancing that cause. She never missed an opportunity," said Stacy Schuster, the executive director of Women for a Stronger New Jersey, a political group aimed at helping elect moderate Republican women.

She believed in women serving as positive role models for other women, Gordon said, and was a long-time advocate for the Equal Rights Amendment to the Constitution aimed at securing equal rights for all citizens regardless of their sex.

“She was very inclusive and very supportive of women and not just in politics," said Gordon, her friend of nearly two decades. “She was still out there hawking the ERA until two weeks ago.”

Democratic Gov. Phil Murphy said Straight was among the first people to welcome him and first lady Tammy Murphy when they moved to New Jersey more than two decades ago and recognized her as an adviser to “who's who” in state politics.

A native of Bloomfield, New Jersey, Straight worked as an investor, serving as a principal in private equity and as an advisory director for Securitas Capital. She also served as a director at Neuberger Berman, overseeing mutual funds worth billions of dollars.

Politics and Broadway were passions of hers, along with golf.

Once while at the ninth hole on a hot day, Whitman recalled she ordered the pair transfusions — grape juice and ginger ale. They were meant to be nonalcoholic because Straight didn't drink alcohol, the former governor said.

“But they tasted funny and sure enough it was alcohol," Whitman said. “Poor Candy. It made her very sleepy."

Straight, a Republican, served as an unpaid adviser and financial supporter to Whitman, who said Straight never sugar-coated advice.

“She always give you an honest answer. You knew you could trust what she said,” said said.

Whitman appointed Straight, who never held elected office herself, to the Sports and Exposition Authority, where she served from 1996 to 2003. The influential state agency oversees sports complexes in the Meadowlands.

She was more comfortable in the backrooms of politics, rather than under the limelight, Gordon said.

“She was much better at pushing people forward," she said.

Straight served on the Rutgers University Board of Governors from 2011 through 2016 and on Wilson College’s Board of Trustees. At the time of her death, she was on the board ERA Coalition, an organization dedicated to ratifying the Equal Rights Amendment.

In 2019, she helped found Women for a Stronger New Jersey to try to get more moderate GOP women elected in the state. She dabbled in other states as well, Gordon said. Just a week ago, she was on a Zoom call with Caitlyn Jenner, who's running for governor of California.

She was an avid Broadway fan, even once inadvertently ending up on the red carpet during a premier of “Hamilton," according to Gordon. Her favorite was “A Chorus Line."

“Candy was one singular sensation," Murphy said. “She helped raise the curtain on many careers, and the lights of our politics will be a littler dimmer without her.”