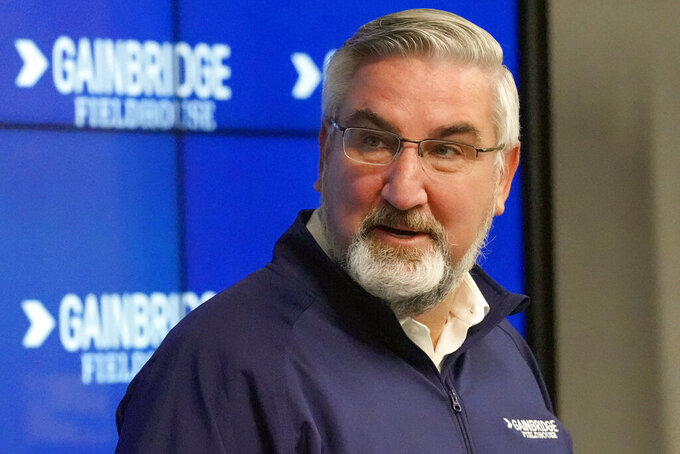 AJ MAST, ASSOCIATED PRESS
FILE - Indiana Gov. Eric Holcomb speaks during a news conference on Sept. 27, 2021, in Indianapolis. The Indiana Supreme Court on Friday, June 3, 2022, threw out a law that gave state legislators increased power to intervene during public health emergencies, agreeing with arguments from Holcomb that the move violated the state constitution. The court’s unanimous decision settles a legal fight that began more than a year ago when Holcomb sued over a law that was a response to his efforts to deal with the COVID-19 pandemic. (AP Photo/AJ Mast, File)

INDIANAPOLIS (AP) — Top Indiana Republicans said Friday that they expect to see action toward tightening the state’s abortion law during the Legislature’s special session that is set to start next month.

Leaders of the Republican-dominated Legislature said they were glad the U.S. Supreme Court’s decision overturning the landmark Roe v. Wade ruling returned decisions on regulation abortion to the states.

Republican House Speaker Todd Huston said he expected lawmakers would “take action to further protect life when we return to the Statehouse.”

GOP Gov. Eric Holcomb on Wednesday signed a proclamation calling the Legislature into a special session starting July 6 to take up a tax refund proposal, but state law allows legislators to take up any subject during a maximum 40-day period.

Anti-abortion lawmakers decided to hold off on major action regarding abortion restrictions during this year’s regular session that ended in March while awaiting the Supreme Court’s decision.

Legislative leaders didn’t immediately release any details about what anti-abortion measures lawmakers will take up.

Holcomb said he anticipated the Legislature would act quickly this summer.

“We have an opportunity to make progress in protecting the sanctity of life, and that’s exactly what we will do,” Holcomb said in a statement.