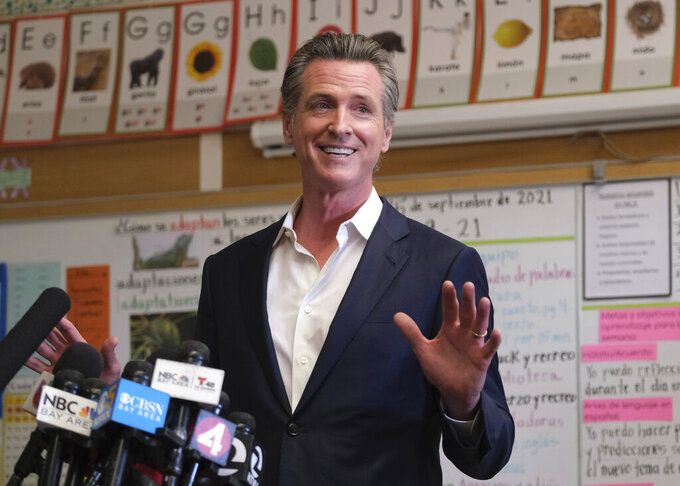 Legislation approved by Gov. Gavin Newsom will require such organizations to have at least two mandated reporters present when employees or volunteers are working directly with children.

It requires fingerprint-based background checks for employees and regular volunteers, which Democratic Assemblywoman Lorena Gonzalez said is designed to catch child abusers with criminal records before they start working with children.

And it requires adults volunteering more than 16 hours a month or 32 hours a year to be trained in identifying and reporting child abuse and neglect.

“As a parent, I want to know that my kids are in a safe environment when they’re part of a youth service organization,” Gonzalez said in a statement.

It cleared the Legislature with no opposition votes.

The California State PTA supported the intent but said the measure needs a clearer definition to specifically exclude groups like itself that provide volunteers in schools but are not youth organizations.

The Boy Scouts are negotiating with insurers and others to create a blanket fund to compensate tens of thousands of men who say they were sexually abused as boys by Scout leaders and others.

The organization, based in Irving, Texas, sought bankruptcy protection in February 2020 in an effort to settle hundreds of lawsuits.

Newsom also signed a related bill that requires the California Military Department to report sexual harassment statistics. It also clarifies that crimes committed by those on active duty are not protected from civil or criminal liability.