Skip to main content
AP-BKW-Paul-Newberry-Female-Nicknames, 1st Ld-Writethru
Back to Story 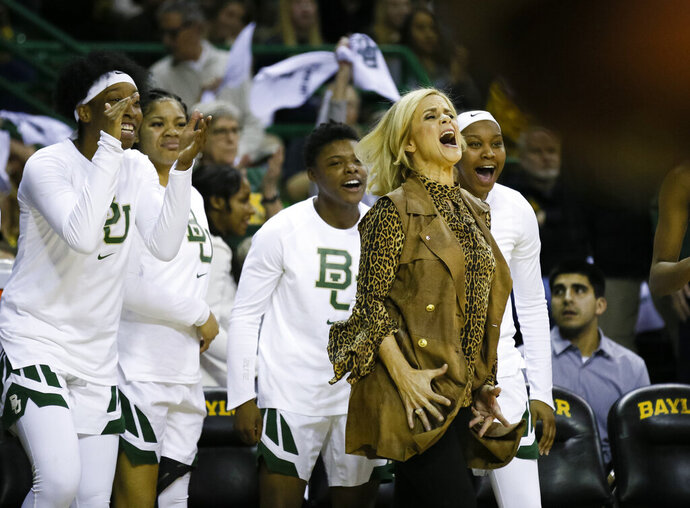 FILE - In this Jan. 3, 2019, file photo, Baylor coach Kim Mulkey reacts in front of the bench to a blocked shot during the team's NCAA college basketball game against Connecticut in Waco, Texas. Mulkey has long defended her program's distinctive nickname, which certainly hasn't been a drag on the team's success. The Lady Bears have won three national titles over the past eight seasons and are positioned to make a run for another championship. (AP Photo/Ray Carlin, File) 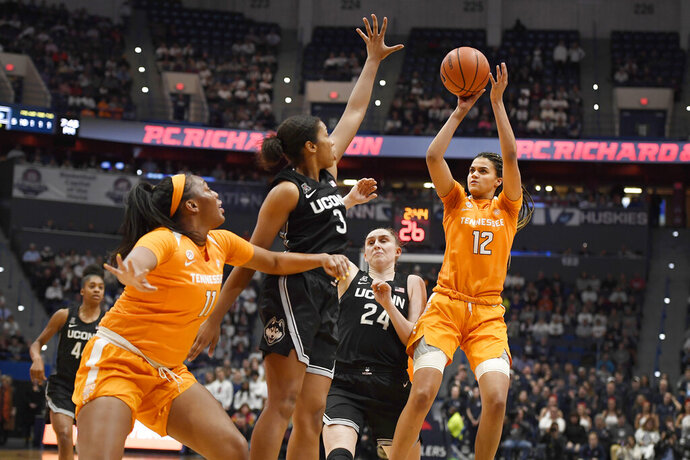 FILE - In this Jan. 23, 2020, file photo, Tennessee's Rae Burrell (12) shoots over Connecticut's Megan Walker (3) and Anna Makurat (24) as Tennessee's Kasiyahna Kushkituah (11) watches during the first half of an NCAA college basketball game in Hartford, Conn. Tennessee, long one of the nation's top women's teams under the late Pat Summitt, moved to scrap the Lady Volunteers nickname and a brand that even included a separate logo for the hugely successful program. Facing furious opposition that stretched all the way to the state Legislature, John Currie backed off the idea after taking over as athletic director in 2017. He decreed that all female teams, not just the basketball program, could use the Lady Vols nickname again if they wanted--and all quickly jumped back on board. (AP Photo/Jessica Hill, File) 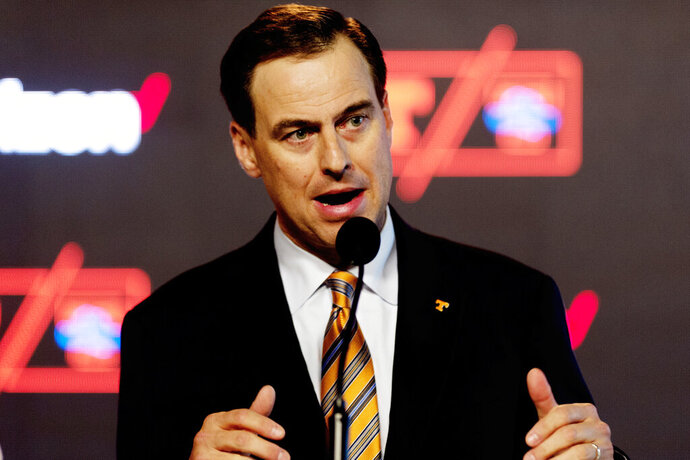 FILE - In this Sept. 14, 2017, file photo, Tennessee athletic director John Currie speaks during a news conference in Knoxville, Tenn. Currie said athletes for all women's sports at the school can refer to themselves as the Lady Volunteers, changing a decision his predecessor made three years ago. (Calvin Mattheis/Knoxville News Sentinel via AP, File) 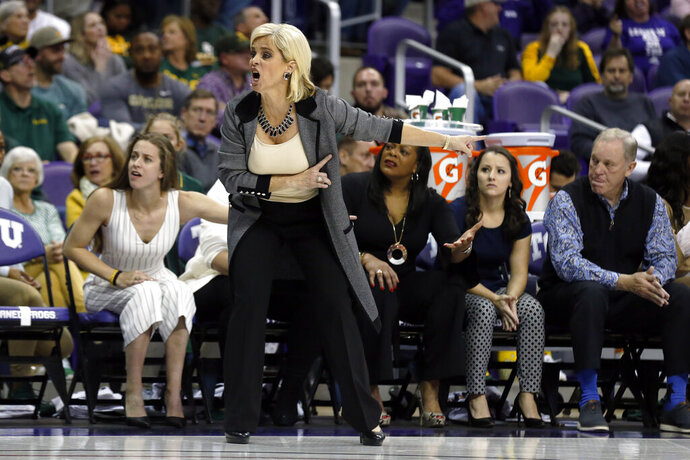 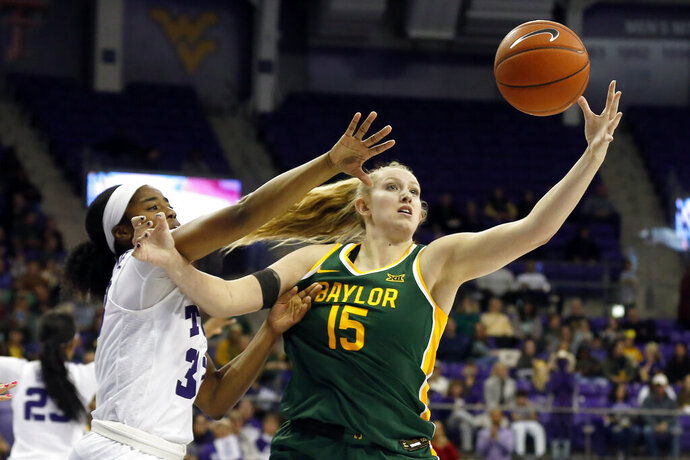