Bus falls into sinkhole on road in China; 10 dead or missing 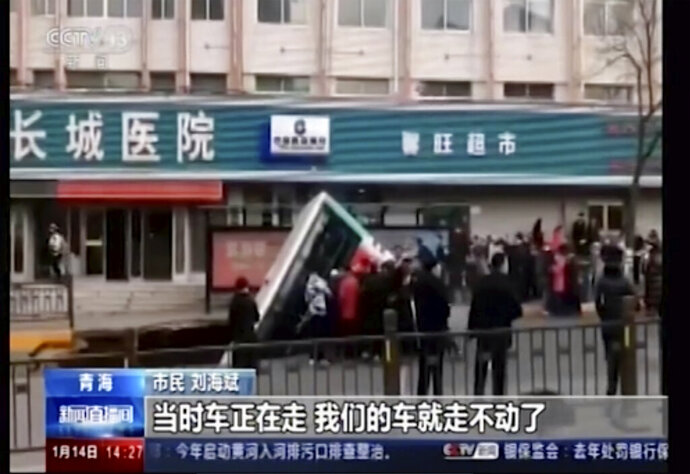