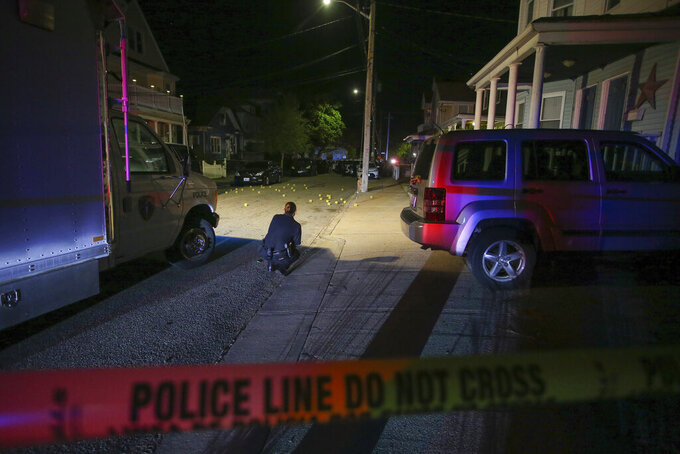 PROVIDENCE, R.I. (AP) — Another person involved in a gang shootout in a residential neighborhood of Providence, Rhode Island, last year that resulted in injuries to nine people has been sent to prison, state Attorney General Peter Neronha said Thursday.

Ricardo Cosme Tejada, 21, was sentenced last week to 14 years behind bars after pleading guilty to multiple gun charges in connection with the May 2021 gunfight in which more than 50 shots were fired, according to a statement from Neronha's office.

He also pleaded guilty to an unrelated charge of possession of a ghost gun stemming from an arrest April 2021.

Tejada was one of four members of the Get Money Family gang who, just before 7 p.m. May 12, 2021, approached a home in the city in a pickup truck, authorities said. They jumped out of the vehicle and started firing at people on the home’s front porch, who were associated with the rival Lakeside gang, authorities said.

Three members of Tejada's gang as well as two people associated with the rival gang who were on the porch have previously been sentenced.

Nine people were injured — eight by gunfire and one by flying glass, authorities said, including Tejada and his three associates.