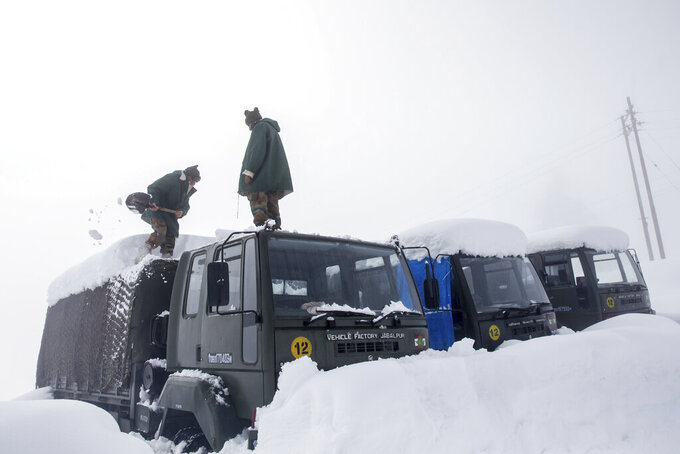 A slide of snow hit the northwestern Machil sector in Indian-controlled Kashmir on Friday and trapped three soldiers on a patrol, said Col. Emron Musavi, an Indian army spokesperson.

He said the three were rescued and evacuated to a hospital where they died.

Avalanches and landslides are common in Kashmir, divided between India and Pakistan and claimed by both in its entirety.

Avalanches have caused some of the heaviest tolls for the Indian and Pakistani armies camping in the region.

In 2017, at least 20 Indian soldiers were killed in three avalanches. In 2012, a massive avalanche in the Pakistan-controlled portion of Kashmir killed 140 people, including 129 Pakistani soldiers.