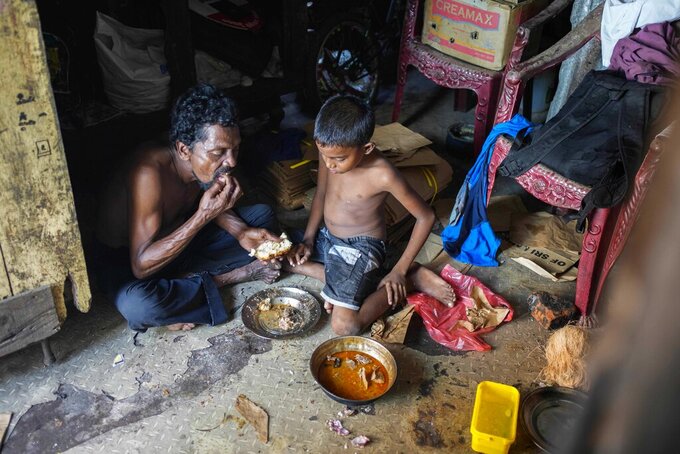 For months, Sri Lanka has been in the grip of a dire economic crisis and the country has defaulted on its foreign loans. The government is in talks with its creditors on restructuring its more than $51 billion total foreign debt. A preliminary agreement with the International Monetary Fund for a $2.9 billion relief package hinges on other creditors giving assurances on loan restructuring.

Lenders should ensure that “their human rights responsibilities and Sri Lanka’s human rights obligations are central to any future commitments around Sri Lanka’s debt, including restructuring and changes to the terms of repayment,” London-based Amnesty International said.

“For months now, the people of Sri Lanka have been suffering from severe shortages of food and have struggled to access healthcare, while sky-high inflation has exacerbated already existing patterns of inequality,” the group said in releasing it’s latest report on the Indian Ocean nation.

Its title is “We are near total breakdown.”

“The Sri Lankan authorities and the international community must act quickly to mitigate the widespread human rights cost of the crisis, which has cruelly stripped away people’s access to their rights,” said Sanhita Ambast, group’s Researcher on Economic, Social and Cultural Rights.

The pandemic and rising prices due to Russia’s invasion of Ukraine have deepened Sri Lanka's woes. But many in the country hold the once-powerful Rajapaksa family responsible for severely mismanaging the economy and tipping it into crisis.

The Amnesty report said that as of June, about 11% of households reported receiving no income while 62% said their incomes had fallen.

Consumer inflation surged to a record of nearly 70% in September while food prices nearly doubled, according to the government’s latest statistics.

Agricultural yields dropped by more than half in the past two growing seasons because of a suspension of imports of chemical fertilizers, ostensibly to promote organic farming.