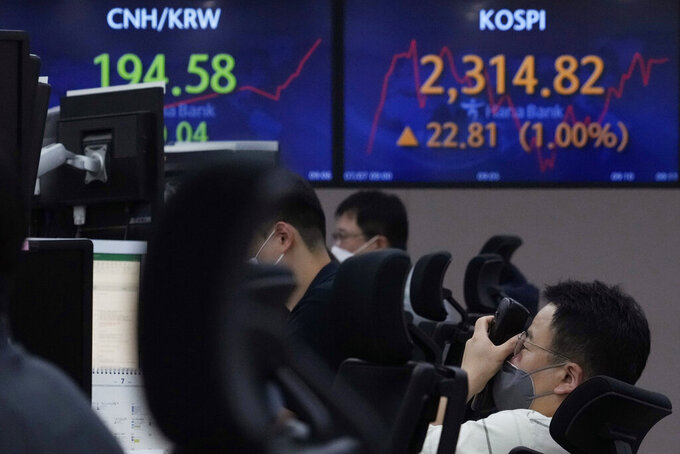 Wall Street's benchmark S&P 500 index gained 0.4% on Wednesday after notes from the latest Fed meeting said “an even more restrictive stance could be appropriate" to get inflation back to its 2% target. They acknowledged that could weaken the economy.

“Stocks rose because runaway commodity and oil prices are sinking,” said Stephen Innes of SPI Asset Management. “Both are the critical targets Fed policy is engineered to tame; hence, inflation expectation is coming under control.”

Notes released Wednesday from the Fed's June 14-15 meeting confirmed other officials agreed that such an increase would “likely be appropriate.”

Inflation has been boosted by Russia's attack on Ukraine, which pushed up prices of oil and other commodities, and Chinese anti-virus controls that shut down Shanghai and other industrial centers disrupted supply chains.

Oil prices closed below $100 per barrel on Tuesday for the first time since early May but U.S. crude is still up more than 30% this year.