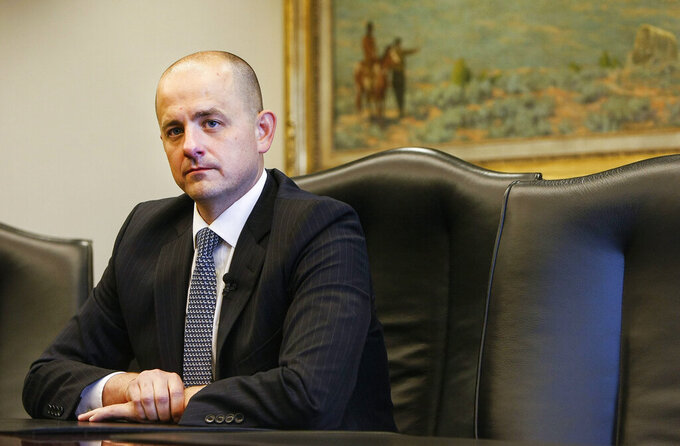 McMullin, a former CIA agent and congressional aide to Republicans, settled in Utah after capturing more than 20% of the state’s presidential vote in 2016.

In a tweet announcing his campaign Tuesday, he said “extremism, division and conspiracy now threaten our quality of life and democratic republic.”

The brand of conservatism popular in Utah, by contrast, tends to seek more of a middle ground and values politeness — qualities that initially made many voters uncomfortable with Trump.

“I’m not running as a Republican or a Democrat,” McMullin said in a statement. “I’m running as a patriot, as an American committed to defending our nation and changing our politics for the better."

The 2022 Senate race promises to test whether lingering discomfort with Trump-style Republican politics remains a political force in Utah. Lee, a two-term incumbent who first won office during the tea party movement, was skeptical of Trump at first but later became a staunch ally of the president.

Trump did eventually win the state in 2016 with 45.5%, and increased his share of the vote to 58% in 2020. And his support among core members of the Republican party remains strong, as evidenced by a round of boos drawn by Utah's other senator, GOP Trump critic Mitt Romney, at a recent convention.

By running as a third-party candidate, McMullin won't have to vie for a nomination in front of that crowd. But he will have his own challenges to overcome without major party backing, said University of Utah Hinckley Institute of Politics Director Jason Perry.

“It's just very hard for someone who's not a Republican or a Democrat to catch fire and get enough votes to win in the state of Utah,” he said.

McMullin did make a strong showing in Utah in 2016, and he was later mentioned as a possible successor to longtime Republican Sen. Orrin Hatch, though Romney later won the seat.

Much of McMullin's 2016 support came from people who didn't like either major-party candidate, Perry said. This time, he'll have the challenge of building a distinctive profile for himself outside the two-party system against an incumbent who still has strong support within the GOP.

In the years since his run, McMullin founded a nonprofit Stand Up Republic but may have more national name recognition than within Utah, Perry said. In his campaign announcement, McMullin referenced tackling issues such as wildfires, drought, the pandemic and health care.

This race “is going to be more about him as a person, him as a candidate, and about the issues themselves,” Perry said. “That’s what we will need to see over the next year, is how he tries to emerge as a candidate in his own right.”