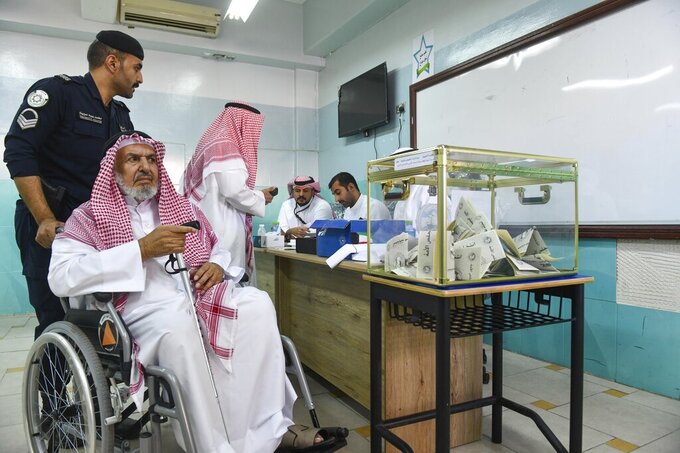 KUWAIT CITY (AP) — Voters in Kuwait returned to the polls on Thursday for the second parliamentary elections in less than two years, hoping to move the wealthy Gulf Arab nation out of a prolonged period of political gridlock.

Kuwait has the freest and most active assembly in the Persian Gulf, but political power is still largely concentrated in the hands of the ruling Al Sabah family, which appoints the prime minister and Cabinet, and can dissolve the assembly at any time.

Voters will choose among 367 candidates, including 27 women, to elect 50 legislators to the National Assembly.

Crown Prince Sheikh Meshal Al Ahmed Al Jaber, an 82-year-old who has assumed many of the duties of the ailing 85-year-old emir, Sheikh Nawaf Al Ahmad Al Sabah, called the elections earlier this summer when he dissolved parliament.

Sheikh Meshal has vaguely threatened “forceful measures" if these elections fail to break the gridlock between the appointed Cabinet and the democratically elected assembly.

The squabbling has prevented the assembly from passing basic economic reforms, including a public debt law that would allow the government to borrow money, leading to the depletion of its general reserve fund despite its vast oil wealth.

Outside the polling stations people expressed their hope for change. Huda Abdulsalam called on the candidates to fulfil their promises, saying “we are eager for this assembly to be better than the previous one.”

Women in Kuwait hope to regain some seats in the parliament. In the last election, in 2020, the sole female legislator in the assembly lost her seat. Kuwaiti women have increasingly voiced frustration with parliament’s failure to pass laws protecting women from abuse and so-called honor killings in the conservative society.

Kuwait has the world’s sixth-largest known oil reserves. The country hosts some 13,500 American troops, many at Camp Arifjan south of Kuwait City, which is also home to the forward command of U.S. Army Central.