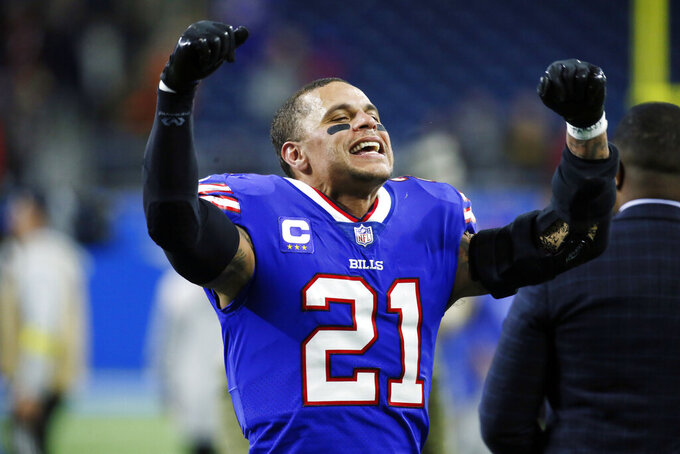 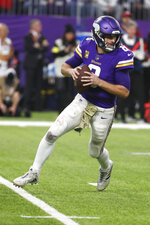 Thanksgiving will be filled with food and winning football teams.

The three-game slate for Thursday turned out better than anyone could’ve hoped when the schedule was announced. Five of the six teams playing are currently sitting in playoff spots.

The early game that traditionally features the Lions (4-6) is more interesting now that Detroit has won three straight games. The visiting Buffalo Bills (7-3) are among the NFL’s best teams and already won a game in the same stadium after a blizzard forced them out of western New York last week.

Just in time for dinner or dessert, the Dallas Cowboys (7-3) host the New York Giants (7-3) in a battle for second place in the NFC East. The Giants were expected to be jockeying for draft positioning at this point of the season.

Instead, they aim to get back on the winning track after losing to the Lions. The Cowboys are coming off a dominant 40-3 win in Minnesota.

Speaking of the Vikings, they’ll look to rebound from that disappointing loss to Dallas in the nightcap against the New England Patriots (6-4).

Pro Picks has fared far better predicting Sunday games than Thursday contests this season, but perhaps three games are luckier than one.

Josh Allen and the Bills face a different crowd in Detroit this week. The Lions have allowed 19 points per game during a three-game winning streak.

The Cowboys are 1-10 against the spread in the past 11 games on Thanksgiving, but the Giants are dealing with several injuries.

Kirk Cousins is 0-2 against Bill Belichick. The Patriots can’t score.

Baltimore (minus 4) at Jacksonville

Struggling to beat the Panthers got the Ravens’ attention.

Cincinnati (minus 2 1/2) at Tennessee

The AFC South-leading Titans get no respect in a playoff rematch against the team that ended their 2021 season.

Atlanta (plus 4) at Washington

Taylor Heinicke is 4-1 as the starter, the defense is leading the way and the Commanders are rolling. The Falcons remain only one game behind the Buccaneers in the NFC South.

Tom Brady and the Buccaneers return from a bye. Jacoby Brissett starts his last game before Deshaun Watson’s return.

Fresh off a bye, the Dolphins get another one against a one-win team.

Justin Fields has an opportunity to make the Jets regret taking Zach Wilson ahead of him in last year’s draft even more.

The Raiders try to build off a comeback win at Denver.

Los Angeles Chargers (minus 4) at Arizona

The right opponent for the Chargers to get back on the winning track after losing two in a row.

The defending Super Bowl champions are a mess. Patrick Mahomes and the Chiefs look like the best team in the NFL.

Jimmy Garoppolo and the 49ers are rolling.

Green Bay (plus 7) at Philadelphia

Aaron Rodgers and the Packers are desperate to save their season.

Pittsburgh (plus 2 1/2) at Indianapolis

The Colts would’ve defeated the Eagles if they didn’t make costly penalties.