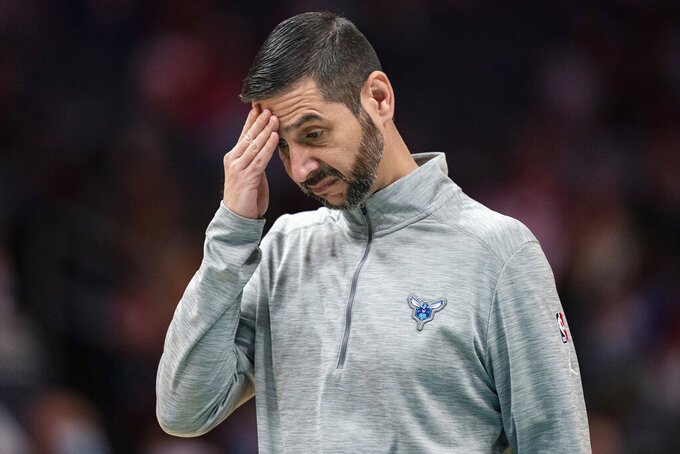 “The goal and the challenge here is to sustain it, and get better along the way, even into tomorrow’s practice,” Hornets coach James Borrego said.

“After the first quarter, we locked it in on defense and that got us going,” Bridges said. “As long as we stay focused, do what we need to do on defense, we have a great chance of winning every night.”

“We stopped being aggressive, especially on offense,” Beal said after Washington lost a double-digit halftime lead. “We settled for a lot of jumpers. We got a lot of good looks. We just didn’t make them. We still could have put a lot of pressure on the rim and gotten to the free-throw line a little more.”

After tying it at 63 with 3:52 left in the third period, Charlotte had a 10-2 run to close the quarter. Oubre scored seven points during the run.

“I wasn’t in tune with the pace,” said Gafford, who keyed Washington’s first-half lead but didn’t contribute much in the second. “I felt like I was holding the team back at the time because I wasn’t doing the things I did in the first half. I can’t explain it, but I’m sure everyone saw it. I didn’t come out with the same intensity that I came out with at the beginning of the game.”

Beal played with a heavy heart Wednesday after the recent death of his grandmother.

“I use basketball as my getaway, but it reminds me of her a lot,” Beal said. “I just try to keep it as controlled as possible. It’s not something you can ignore, you have to take the punches and roll with them. There will be good days and bad days, and I’ve learned that a lot in the past few days … you just keep pushing.”

Wizards: Gafford shot 5 for 5 for 10 points in the first quarter. … With Washington behind 81-71 in the third, Kentavious Caldwell-Pope appeared to lose track of the shot clock. He took a long drive into the lane and failed to attempt a shot before the violation buzzer. … Washington shot 8-for-42 on 3-point attempts.

Hornets: Charlotte’s season-high, four-game winning streak began after a five-game losing skid. … Forward Cody Martin shot 0 for 4 without a point and had five rebounds, but led the Hornets in plus/minus with plus-20.

Wizards: At Miami on Friday night.