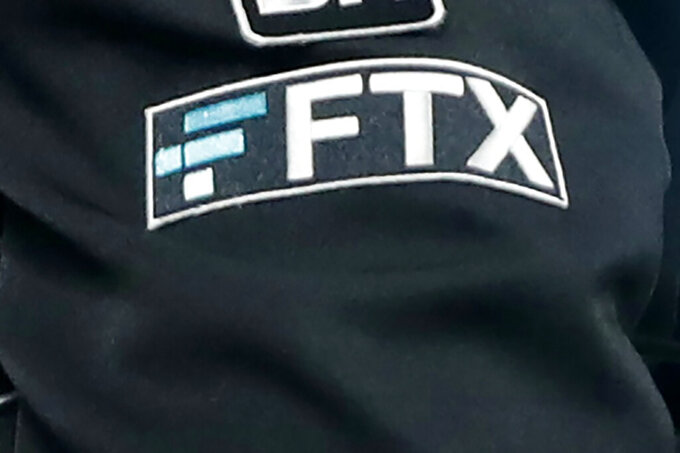 Split-ticket voting in Arizona isn’t a sign of fraud

THE FACTS: While Yee did get more votes, that isn’t proof of fraud. Many Arizona voters, including Republicans and independents, have a history of voting for candidates from both political parties. That continued this cycle. But as Lake lost her gubernatorial bid to Democrat Katie Hobbs in Arizona on Monday, social media users baselessly suggested that the fact that Yee garnered more votes than Lake was a sign of manipulation. “It makes no mathematical sense that the GOP State Treasurer just won reelection by 250,000 votes, but none of those voters also felt like voting for Kari Lake,” one Twitter user wrote Monday in a tweet shared over 7,000 times. Far from being a sign of election fraud, such results in Arizona indicate that voters picked candidates from both political parties or voted in some races and not others, experts and political operatives say. In fact, such voter behavior was common in 2022 in elections across the country. “Split-ticket voters are very common," said Paul Bentz, a Republican pollster in Phoenix. "It happens all of the time. It speaks to the various strengths or drawbacks of a particular candidate.” Arizona voters in particular have a track record of not always voting along party lines. In 2018, many Arizona voters opted for Democrat Kyrsten Sinema, who was running for U.S. Senate, and incumbent Republican Gov. Doug Ducey, Bentz said. And in this election, Republican Maricopa County Attorney Rachel Mitchell fended off her Democratic challenger, outperforming Lake. Lake, Republican Senate candidate Blake Masters and Republican secretary of state candidate Mark Finchem, all of whom lost, were all endorsed by Trump and promoted conspiracy theories about the 2020 election. Johnny Melton, acting chair of the Legislative District 29 Republicans in Maricopa County, said he personally knows Republicans and right-leaning independents who didn’t vote for candidates like Lake and Finchem due to their embrace of election conspiracies. “Of course I know people who either split or just withheld their vote,” Melton said.

CLAIM: Maricopa County Board of Supervisors Chairman Bill Gates admitted that tens of thousands of early ballots dropped off on Election Day were mishandled when he said during a CNN interview, “We do not know where these are from.”

THE FACTS: The interview clip circulating on social media doesn’t show Gates admitting to misconduct. He was responding to a specific question from a CNN host about the geographic origin of absentee ballots in a batch that had just been tabulated. Social media users shared a clip of the Nov. 11 CNN interview with Gates, suggesting that it showed him admitting that tens of thousands of ballots were mishandled. “We do not know where these are from. These could be from anywhere in the county,” Gates said in the clip, referring to ballots tabulated that day. “This is not picked out of a certain area, these are not pulled by precinct.” Archived video of the complete interview shows Gates was responding to a question from CNN news anchor John King about the geographic origin of ballots in a batch of roughly 75,000 tabulated ballots released that day. King specifically asked about “late-earlies,” referring to absentee ballots that were mailed to voters ahead of the election and dropped off at voting sites on Election Day. King said, “Are we now, in the sense that you have a giant county, it’s 9,200 plus square miles, do you know, the ones that were released tonight, are they from the central Phoenix area, the more close-in suburbs that tend to be more Democratic?” In his response, which is where the clip circulating on social media begins, Gates explains that the majority of the 75,000 ballots were late-earlies, and he could not comment on their origin because of the way they are cast and tabulated in Maricopa. Almost all of Arizona’s vote happens by mail, although some voters cast their ballots in-person at voting centers. Election officials then release their vote totals in batches. Maricopa County allows voters to cast absentee ballots at any one of 223 vote centers across the county. Ballots dropped off on Election Day are driven to a central tabulation facility in downtown Phoenix. Those that arrive at the facility first get priority. Therefore, any batch of Maricopa votes could contain ballots from all over the county. The social media users sharing the clip of Gates are “misrepresenting what the chairman said,” Fields Moseley, a spokesperson for Maricopa County, wrote in an email to the AP. “While the chairman doesn’t know where every batch of ballots came from, our elections workers can account for all of them through documentation and chain of custody,” he wrote.

CLAIM: Florida’s ability to report election results quickly during the 2022 midterms means states that have taken longer, such as Arizona and Nevada, are engaged in fraud.

THE FACTS: Florida has measures in place to speed up its count on Election Day. But the fact that Florida reports results faster than other states does not mean that those states are committing fraud, elections experts told the AP. Election officials repeatedly warned prior to the 2022 midterm elections that results in some states might not be known for days. Despite this, many falsely suggested the length of time is correlated with election integrity. Some compared Florida — which had finished counting its ballots, except those from overseas, by Wednesday — to Arizona and Nevada. “This is absurd. Arizona and Nevada have a lot fewer voters than Florida and yet they take days longer to tally the results,” one tweet said. “Total fraud.” Arizona had nearly 14,000 ballots left to count on Thursday. Sophia Solis, a spokesperson for the Arizona secretary of state’s office, told the AP that no counties in Arizona had fully reported their unofficial results by midnight on Election Day. In Nevada, all 17 counties submitted initial tallies, including in-person vote reports, to election administrators by the early morning hours of Nov. 9, Jennifer Russell, an aide to Republican Secretary of State Barbara Cegavske, told the AP Wednesday. However, the state accepted mail ballots postmarked by Election Day until Saturday, and had 22,000 left to process in the state’s largest county, Clark, the day of the deadline, Clark County Registrar of Voters Joe Gloria said at a press conference. But states’ reporting speeds largely reflect the different ways absentee and mail-in ballots are processed in each jurisdiction, election experts told the AP. “There are many reasons Florida counts quicker than other states, or other states haven’t completed their counts yet, and it has nothing to do with fraud in other states,” Michael Morley, an election law expert and professor at Florida State University, wrote in an email. One of the main differences is how soon before Election Day officials are allowed to begin pre-processing early ballots, which may involve confirming their validity or scanning them, Morley wrote. Under state law, Florida officials can start this process nearly a month before Election Day. By contrast, Arizona counties did not send mail ballots to voters until Oct. 12 and the earliest they went out in Nevada was Oct. 7. Florida was required to send mail ballots no later than Sept. 24. Another key difference is whether states accept mail ballots after Election Day. In Florida, most mail ballots must be received by 7 p.m. local time on Election Day. Most early and mail voting results must be reported to the Florida Department of State starting within 30 minutes after the polls close and continuing every 45 minutes until all results are reported. Nevada, however, accepts mail ballots up to 5 p.m. four days after the election as long as they were postmarked by Election Day. Arizona’s deadline is the same as Florida’s, local time. Still, there is nothing unusual or improper about votes being counted after Election Day, said Michael McDonald, a professor of political science at the University of Florida. Morley explained that other differences that may speed up reporting include staffing levels, available equipment, the length of time needed to verify each ballot and how long after Election Day voters are able to fix, or “cure,” their ballots if any problems are found.

CLAIM: U.S. aid to Ukraine was laundered back to the Democratic Party through the failed cryptocurrency exchange firm FTX.

THE FACTS: These claims misrepresent a short-term initiative in Ukraine that used FTX to convert cryptocurrency donations for the war effort into government-issued currency. The Ukrainian government has not invested nor stored money in FTX, according to the country’s Ministry of Digital Transformation. FTX, the third-largest cryptocurrency exchange in the world, filed for bankruptcy protection on Nov. 11 amid news it was short billions of dollars and may have been hacked. Sam Bankman-Fried, the company's CEO, resigned the same day. The moves have fueled baseless conspiracy theories. “So Biden gave loads of money to Ukraine, who gave loads of money to FTX, who gave loads of money to Democrats,” reads one tweet with over 100,000 likes. No evidence has been presented to support the claims. Still, they have been shared by U.S. lawmakers, prominent Republicans and Russian accounts. Ukraine’s government “never invested any funds into FTX,” Alex Bornyakov, the deputy minister of digital transformation in Ukraine said on Twitter on Monday. After Russia invaded Ukraine, a new crypto fundraising foundation called Aid For Ukraine began taking donations to help the Ukrainian war effort, the ministry said in an emailed statement to the AP on Wednesday. The ministry said it “provided informational support” to the foundation, which was run by the cryptocurrency exchange Kuna and the blockchain company Everstake. In early March, Aid For Ukraine began working with FTX to convert cryptocurrency donations into Ukraine’s government-issued currency, a partnership that ended in April 2022, according to the ministry. Sergey Vasylchuk, the CEO of Everstake, told the AP that cryptocurrencies were an efficient way to raise funds for Ukraine to defend itself amid Russia’s invasion. He said FTX was only used in the beginning of the war to convert cryptocurrency donations. The donations would then get sent to the National Bank of Ukraine and no crypto was stored on FTX. Michael Chobanian, the founder of the Kuna exchange, said they had converted cryptocurrencies to U.S. dollars through FTX and deposited them in the national bank of Ukraine at the beginning of the war. “That is it,” Chobanian said. The Ministry of Digital Transformation added that it “has never funded FTX” and “has never worked with any political party of the United States of America.” It’s true that Bankman-Fried has been a major Democratic donor. FEC records show that he made significant donations to Democratic candidates and PACS this year. However, he has also made contributions to some Republican candidates and conservative-leaning PACS. FTX’s co-CEO Ryan Salame also donated to groups that supported Republican candidates in 2022. White House spokesperson Robyn Patterson said any claim that U.S. assistance to Ukraine has “been diverted to aid American political parties is unequivocally false and not grounded in reality.” Vedant Patel, principal deputy spokesperson at the State Department, said there’s “no reason to believe that these reports are anything but pure falsehoods and misinformation.” A spokesperson for the U.S. Agency for International Development said safeguards put in place by the World Bank, coupled with expert third-party monitoring support within the Ukrainian government, ensure accountability around the use of the funds. FTX and lawyers representing the company did not respond to requests for comment.