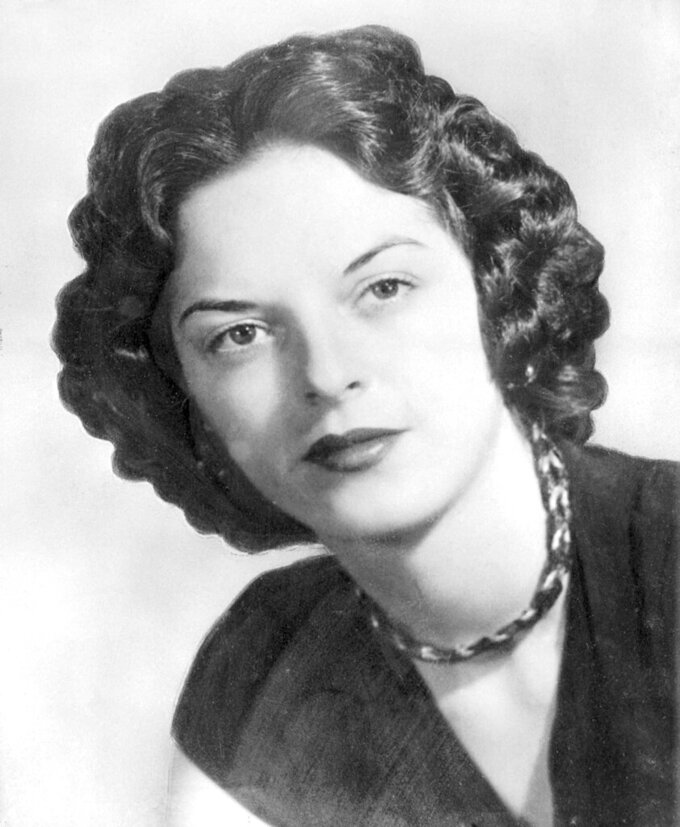 Gene Herrick, ASSOCIATED PRESS
FILE- In this 1955 file photo, Carolyn Bryant poses for a photo. A grand jury in Mississippi has declined to indict the white woman, Carolyn Donham, known as Carolyn Bryant, whose accusation set off the lynching of Black teenager Emmett Till nearly 70 years ago, despite revelations about an unserved arrest warrant and a newly revealed memoir by the woman, a prosecutor said Tuesday, Aug. 9, 2022.(AP Photo/Gene Herrick, File) 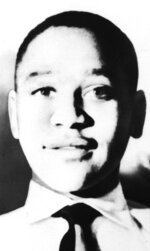 JACKSON, Miss. (AP) — A Mississippi grand jury has declined to indict the white woman whose accusation set off the lynching of Black teenager Emmett Till nearly 70 years ago, most likely closing the case that shocked a nation and galvanized the modern civil rights movement.

The decision comes despite recent revelations about an unserved arrest warrant and the 87-year-old Donham’s unpublished memoir.

“The prosecutor tried his best, and we appreciate his efforts, but he alone cannot undo hundreds of years of anti-Black systems that guaranteed those who killed Emmett Till would go unpunished, to this day,” Parker said in a statement.

“The fact remains that the people who abducted, tortured, and murdered Emmett did so in plain sight, and our American justice system was and continues to be set up in such a way that they could not be brought to justice for their heinous crimes.”

Ollie Gordon, another one of Till's cousins, told The Associated Press that some justice had been served in the Till case, despite the grand jury's decision.

“Justice is not always locking somebody up and throwing the keys away," Gordon said. “Ms. Donham has not gone to jail. But in many ways, I don’t think she’s had a pleasant life. I think each day she wakes up, she has to face the atrocities that have come because of her actions.”

A third cousin, Deborah Watts, who leads the Emmett Till Legacy Foundation, said the case is an example of the freedom afforded to white women to escape accountability for making false accusations against Black men.

“She has still escaped any accountability in this case,” Watts said. “So the grand jury's decision is disappointing, but we're still going to be calling for justice for Emmett Till. It's not over.”

In June, a group searching the basement of the Leflore County Courthouse discovered the unserved arrest warrant charging Donham, then-husband Roy Bryant and brother-in-law J.W. Milam in Till’s abduction in 1955. While the men were arrested and acquitted on murder charges in Till’s subsequent slaying, Donham, 21 at the time, was never taken into custody.

The 14-year-old Chicago boy was visiting relatives in Mississippi when he and some other children went to the store in the town of Money where Carolyn Bryant worked. Relatives told the AP that Till had whistled at the white woman, but denied that he touched her as she’d claimed.

In an unpublished memoir obtained last month by the AP, Donham said Milam and her husband brought Till to her in the middle of the night for identification but that she tried to help the youth by denying it was him. She claimed that Till then volunteered that he was the one they were looking for.

Till’s battered, disfigured body was found days later in a river, where it was weighted down with a heavy metal fan. The decision by his mother, Mamie Till Mobley, to open Till’s casket for his funeral in Chicago demonstrated the horror of what had happened and added fuel to the civil rights movement.

Following their acquittal, Bryant and Milam admitted to the abduction and killing in an interview with Look magazine. They were not charged with a federal crime, and both have long since died.

In 2004, the U.S. Department of Justice Department opened an investigation of Till’s killing after it received inquiries about whether charges could be brought against anyone still living.

Till’s body was exhumed, in part to confirm it was he. A 2005 autopsy found that Till died of a gunshot wound to the head, and that had fractures in his wrist bones, skull and femur.

In 2006, the FBI launched its Cold Case Initiative in an effort to identify and investigate racially-motivated murders. Two years later, Congress passed the Emmett Till Unsolved Civil Rights Crime Act.

The Justice Department said the statute of limitations had run out on any potential federal crime, but the FBI worked with state investigators to determine if state charges could be brought. In February 2007, a Mississippi grand jury declined to indict anyone, and the Justice Department announced it was closing the case.

But federal officials announced last year that they were once again closing their investigation, saying there was “insufficient evidence to prove beyond a reasonable doubt that she lied to the FBI.”

Timothy Tyson, the North Carolina historian who interviewed Donham for his 2017 book, “The Blood of Emmett Till,” said the newly rediscovered warrant did nothing to “appreciably change the concrete evidence against her.” But he said the renewed focus on the case should “compel Americans” to face the racial and economic disparities that still exist here.

“The Till case will not go away because the racism and ruthless indifference that created it remain with us,” Tyson wrote in an email Tuesday. “We see generations of Black children struggle against these obstacles, and many die due to systemic racism that is every bit as lethal as a rope or a revolver.”

For Gordon, the renewed attention on the Till case has been a reminder of the social progress it helped spark.

“It helps the younger generations identify how far we’ve come with the many liberties and civil rights that we’ve gained since Emmett’s death,” Gordon said. "As his mother would say, his death was not in vain.”