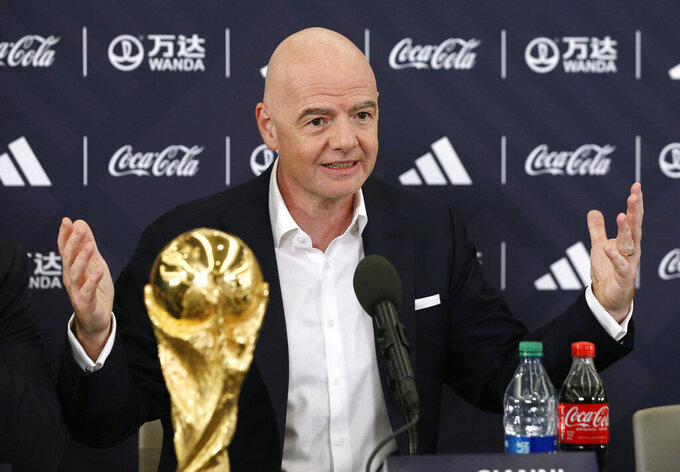 NEW YORK (AP) — The U.S. Justice Department has distributed about $92 million in additional compensation from money forfeited by convicted officials and associated companies resulting from the government's prosecution of corruption in soccer.

The money is for compensation for losses sustained by FIFA, the Confederation of North and Central American amd Caribbean Football, the South American governing body CONMEBOL and various national soccer federations.

The Justice Department last August recognized losses of more than $201 million in the cases, which began with indictments in May 2015, and it announced then an initial $32.2 million payment to a “World Football Remission Fund” overseen by the FIFA Foundation charity.

FIFA’s charity supports school projects, helps the sport recover after natural disasters, develops women’s and girls’ soccer and a FIFA Legends program that uses former players as ambassadors. The money was obtained in forfeitures to federal court in Brooklyn.

More than 50 people and corporate entities have been charged, mostly for giving and receiving bribes and kickbacks and laundering payments in arrangements between sports marketing companies and soccer officials for media and marketing rights to soccer events.

“Over much of the past decade, this investigation and prosecution has concentrated on bringing wrongdoers to justice and recovering ill-gotten gains," Breon Peace, the U.S. Attorney for the Eastern District of New York, said in a statement Thursday. "Our office, working in collaboration with our law enforcement partners and colleagues in the Department of Justice, will continue our work to compensate victims of crime.”