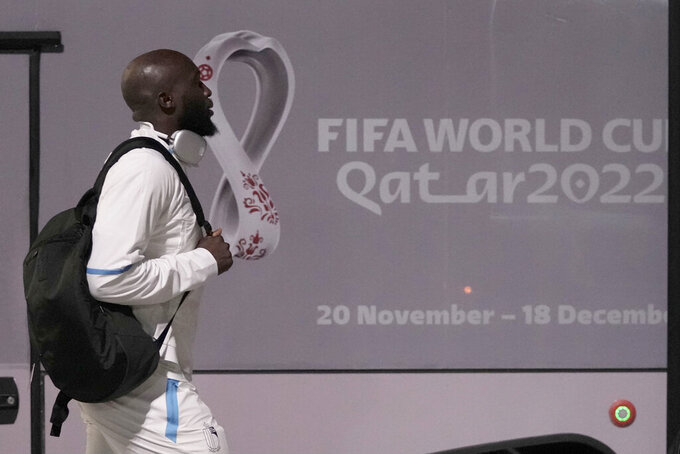 DOHA, Qatar (AP) — Belgium striker Romelu Lukaku will miss his nation's World Cup opener against Canada on Wednesday night and also could be sidelined for the second match against Morocco.

Lukaku, 29, hasn't appeared in a match since Oct. 29 because of a left thigh injury and hasn't played 90 minutes since Inter Milan's Serie A opener against Lecce on Aug. 13.

“We’re very happy the way that he is progressing. He had a very good session yesterday, not with a group, but is progressing in a steady way," Belgium coach Roberto Martínez said Tuesday. "We haven’t got a timeline.

Captain Eden Hazard will start despite seeing diminished playing time at Real Madrid this season. The 31-year-old has made just two starts — in La Liga on Sept. 11 and in the Champions League on Oct. 11.

“It’s been a tough situation in terms of the playing minutes," Martínez said. “We are a better team when Eden Hazard is in our dressing room, that’s for sure.”