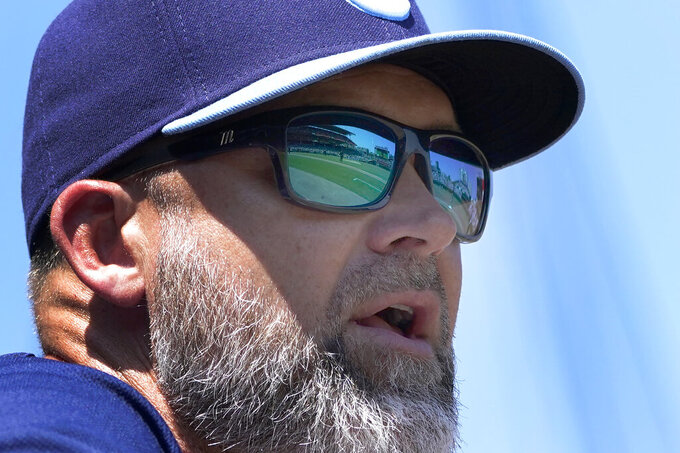 CHICAGO (AP) — The Chicago Cubs reinstated 11-year veteran shortstop Andrelton Simmons from the injured list on Saturday, then designated the four-time Gold Glove winner for assignment before their game with the Miami Marlins.

Simmons signed a $4 million deal with the Cubs in March and appeared to be slotted for a regular role with Chicago. But the 32-year-old from Curacao appeared in just 34 games with the Cubs because of two right shoulder injuries.

Simmons hit .173 with seven RBIs for the Cubs. He hadn’t appeared in a game with Chicago since July 10 against the Dodgers but had just completed a rehab assignment at Triple-A Iowa.

“There’s no room for him, to be honest,” manager David Ross said. “Look, he’s nothing but a pro, but this year hasn’t gone the way any of us expected, starting off hurt with the shoulder.

“He’s never had a shoulder issue in his career and just dealing with that and trying to come back. Phenomenal person, great professional. I’m going to miss him personally.”

Ross said David Bote would be recalled if the Cubs needed a utility infielder.

Drafted in the second round by the Atlanta Braves in 2010, Simmons had his best overall season in 2017 with the Los Angeles Angels, for whom he batted .278 with 14 home runs, 69 RBIs, 38 doubles and 19 stolen bases. He entered 2022 with a .981 career fielding percentage that ranked third best in baseball among active shortstops.

Simmons won the most recent of his four Gold Gloves in 2018. He batted just .223 with three homers for Minnesota last year and is a career .263 hitter over 11 seasons with Atlanta, the Angels, the Twins and the Cubs.