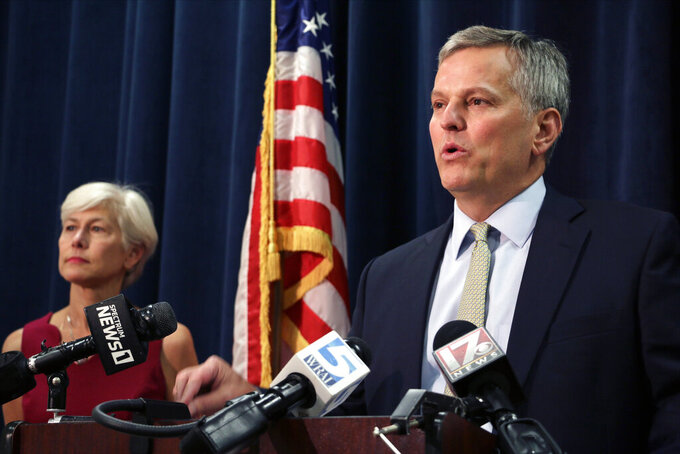 Osteen asked all parties in the case to file briefs by Monday that outline their positions on whether his previous ruling blocking the law retains legal force after the U.S. Supreme Court overturned nationwide abortion protections on June 24.

Though Berger and Moore were not named parties in the case, they argued they had “significant interest” to intervene because Stein was dodging his duty to uphold the law.

“We’ve been doing our jobs from the first day when this lawsuit was filed,” Stein told reporters at a Wednesday news conference with U.S. Rep. Deborah Ross. “My office and I defended the statute as it is written, and once the district court ruled that it was unconstitutional … the office appealed the decision. I, however, recused myself because it’s not proper for a lawyer that’s defending a law to speak out against it.”

Stein, a fervent abortion rights supporter, said he has continued to recuse himself from the case. His office, which has been representing the defendants, will file a brief outlining its position on Monday. Stein declined to comment on whether the brief would support lifting the injunction.

The legislative leaders previously asked Stein to bring the ban before a judge himself, calling his noncompliance with their demand “the latest example of his refusal to do his job.”

“The attorney general is dedicated to promoting ‘reproductive freedoms’ (i.e., abortion) rather than following and upholding the law,” Berger and Moore wrote in their brief. “(Stein) publicly opposes the statutes he is tasked with defending and is engaged in fundraising efforts based on his opposition.”

Though Republicans hold majorities in both chambers of the General Assembly, Moore said Democratic Gov. Roy Cooper would have likely used his veto power if lawmakers had tried to pass additional abortion restrictions during the legislative session that ended July 1.

Republicans are just three seats shy of a veto-proof supermajority in the House and two seats shy in the Senate, which Ross said makes state-level elections this November a “crucial battle” to maintain North Carolina’s status as a safe haven for abortions in the South.

Abortions remain legal in North Carolina until fetal viability, which typically falls between 24 and 28 weeks of pregnancy, or in certain medical emergencies.

“Republican leaders in the General Assembly are scheming to turn the clock back 50 years,” Ross said. “They have made it abundantly clear that, if given the chance, they’ll enact restrictive abortion bans just like the draconian laws we are seeing in states all around the country.”

Schoenbaum is a corps member for the Associated Press/Report for America Statehouse News Initiative. Report for America is a nonprofit national service program that places journalists in local newsrooms to report on undercovered issues. Follow her at twitter.com/H_Schoenbaum.