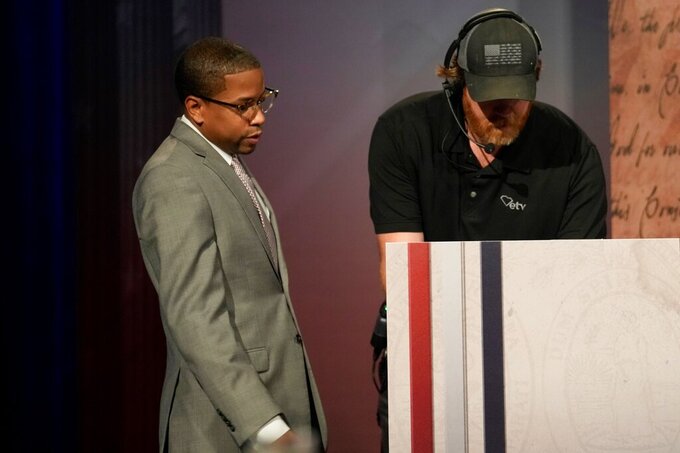 Cunningham has touted the fact that he is the only Democrat in the state over the past decade to flip a Republican seat in a major race, a win that got him one term in the U.S. House. He has made big promises, including legalizing recreational marijuana use and sports gambling. The candidate has also repeatedly highlighted the 35-year age gap between him and the governor. Cunningham is 40. McMaster is 75.

McMaster is running for a second four-year term. Prior to his first election, he ascended from his previous role of lieutenant governor to finish the final two years of former Gov. Nikki Haley’s term. If he wins and completes a second full term, it will make him the longest-serving governor in the state’s history. Haley resigned to take a job in then-President Donald Trump’s administration.

Abortion could be a key issue in November. Cunningham frequently says he would veto any stricter abortion ban in South Carolina that could follow a decision by the U.S. Supreme Court to overturn Roe v. Wade, the landmark 1973 decision that established a nationwide right to abortion. Republicans are just short of a two-thirds majority in the General Assembly, so they couldn't override his veto.

McMaster has promised to sign any bill restricting abortion, including a total ban on the procedure.

Democrats have not won the governor’s race in South Carolina since 1998.

McMaster mostly let his governing do his campaigning, reminding voters how he tried to carefully tailor COVID-19 restrictions when the pandemic started and how the state’s economy is booming while the Democratic administration in Washington struggles with inflation.

“South Carolina is on the course now to be at the top of the world," McMaster said Tuesday at his victory party.

He has raised $5 million for his reelection bid.

“I want to thank you again for this great victory tonight. And we’re looking for one more,” said McMaster, who during his four decades in politics also won a race for attorney general. He made an unsuccessful run for the U.S. Senate in 1986 against the late Ernest “Fritz” Hollings.

Cunningham congratulated McMaster on his win before getting in a jab on his age.

Most of the attention had been focused on Cunningham and McLeod, who raised the most money. Cunningham received $1.8 million, while McLeod took in about $500,000.

McLeod often introduced herself as the first Black woman to run for governor in South Carolina, though she said her main purpose for running wasn't to make history, but to make a difference. She said South Carolina needed an alternative to the string of “Republican Light” Democratic men who have run and lost the past five gubernatorial races.