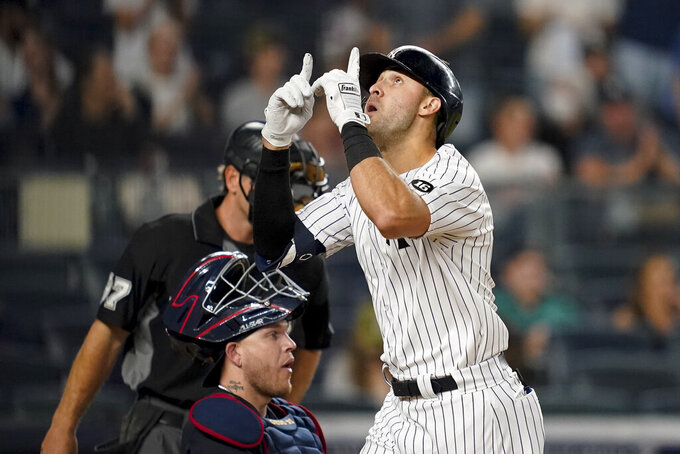 Gallo was pulled after the Yankees batted in the third inning and was replaced by Tyler Wade. In his only at-bat, he fouled out to third base in the second.

After New York's 11-3 loss to Cleveland, manager Aaron Boone said he was unsure how Gallo's neck tightened up.

“He got some treatment on it last night, and then I think was just kind of trying to work through it all morning with different stretches and stuff,” Boone said. “I think after his first at-bat, it was just barking too much on him.”

On Friday, Gallo homered twice in an 8-0 win for his sixth multi-homer game this year, tied with Kansas City catcher Salvador Perez for the most in the majors. He entered Saturday with six homers in his last six games with at least one at-bat.

“Hopefully it’s just something where kind of the neck goes out on you or you sleep on it wrong,” Boone said. “I’ve been there before where it really affects your swing. Hopefully it’s something that they can kind of work their way out of there.”