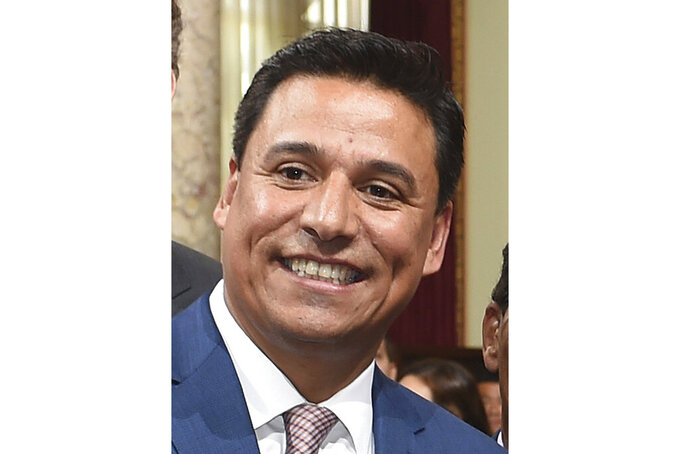 LOS ANGELES (AP) — A real estate developer was found guilty of bribery Monday for giving $500,000 in cash to a former Los Angeles city councilman and his special assistant in exchange for favors.

A jury convicted Dae Yong Lee, 57, and a company he controlled of bribery, honest services wire fraud and falsifying records in federal investigations, a U.S. Department of Justice statement said.

At the time, Huizar chaired the city's powerful Planning and Land Use Management Committee.

Lee could face up to 10 years in prison for bribery and 20 years each for the wire fraud and obstruction counts when he is sentenced in September.

His company could be fined $1.5 million.

Lee is one of several developers and city officials who were charged in the sweeping City Hall corruption probe.

In 2020 a Huizar fundraiser, Justin Kim, pleaded guilty to a bribery offense for facilitating the bribes from Lee, while Esparza pleaded guilty to racketeering conspiracy. Both are cooperating with the investigation and await sentencing, the Department of Justice said.

Huizar and former Los Angeles Deputy Mayor Raymond Chan are scheduled to face trial in February on federal charges that include racketeering conspiracy and bribery. They have pleaded not guilty.

In another case, former City Council member Mitchell Englander pleaded guilty in 2020 to obstructing an FBI investigation into his acceptance of tens of thousands of dollars in cash, escort services and other perks from a businessman involved in major developments. He was sentenced last year to 14 months in federal prison.