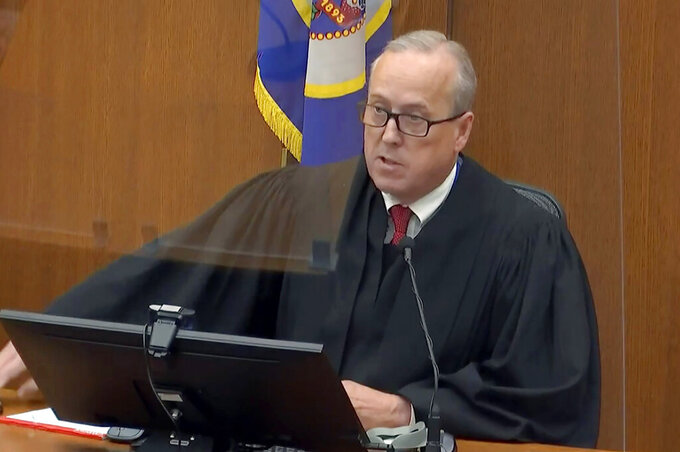 MINNEAPOLIS (AP) — A state court advisory committee will take a closer look in January at key issues in whether to allow more video coverage of criminal trial proceedings in Minnesota, the head of the panel said Friday.

Ramsey County Judge Richard Kyle Jr. laid out the plan during the committee's second meeting on the subject. Most of the discussion Friday centered on whether to update current state court rules governing when video coverage is allowed after a defendant is convicted, particularly when witnesses such as victims giving impact statements can and can't be shown. Some members expressed concerns about the effects of camera coverage on victims of sexual assault and domestic abuse.

Media organizations have been pushing for greater access to trial testimony and pretrial proceedings in Minnesota, and the state's judiciary has relaxed some restrictions in recent years. Chief Justice Lorie Gildea directed the panel to revisit the issue in June after the verdict in the murder trial of former Minneapolis police officer Derek Chauvin in the death of George Floyd got widespread national viewership.

”While the decision to allow camera coverage of this trial was based on the unprecedented public health restrictions in place during the pandemic, it would be a mistake for us not to reflect on the lessons learned and experiences gained through this process,” the chief justice said at the time.

Under Minnesota court rules, audio and video coverage of a criminal trial is usually barred unless all parties consent. The rules are looser for sentencings. The judge presiding over the Chauvin case made an exception and allowed gavel-to-gavel electronic coverage to ensure safe public and media access amid the COVID-19 pandemic.

Kyle agreed that it's now time to consider whether to modify or expand the rules. He said the panel would discuss the rules for streaming and broadcasting proceedings such as trial testimony and verdicts when it reconvenes Jan. 14. The panel is due to report its nonbinding recommendations to the Supreme Court by next July. It has not decided yet whether it will take public input.

The advisory committee — a mix of judges, court administrators, public and private defenders, and prosecutors — met just days after another judge reversed her earlier decision and agreed to allow video coverage of the trial of ex-Brooklyn Center Officer Kim Potter in the death of Daunte Wright due to continued concerns about the pandemic.