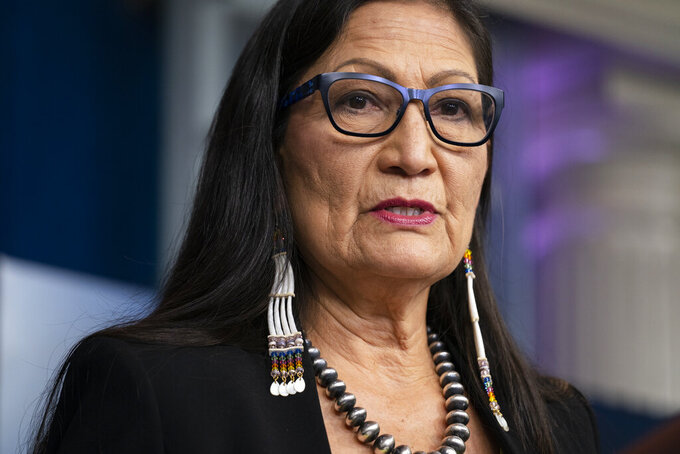 “Through the proposed boundary changes, we worked hard to maintain tribal voting power, develop new voting districts with Native American influence, and to bring New Mexico closer to parity after a century of voter disenfranchisement and suppression,” contributors to the proposals wrote.

The proposals were submitted to a committee that will provide recommendations to the Legislature at the end of October. The Democrat-led Legislature can draw its own lines. Democratic Gov. Michelle Lujan Grisham must approve the redistricting, and court challenges are possible.

New Mexico is home to 23 federally recognized tribes, whose growing political clout is reflected in the election of Laguna Pueblo tribal member Deb Haaland to Congress in 2016 and her promotion this year to Secretary of the Interior.

The share of New Mexicans who identify themselves as Indigenous by race or by combined ancestry is 12.4%. Alaska is the most predominantly Native American state, followed by Oklahoma and then New Mexico.

Four Indigenous tribes have joined together for the first time to form a stronger voting bloc within one Senate district that might unite Acoma, Laguna, Isleta and Zuni pueblos.

Other proposed changes would split the Mescalero Apache reservation between two congressional district — in hopes of expanding that tribe's voice in Congress.