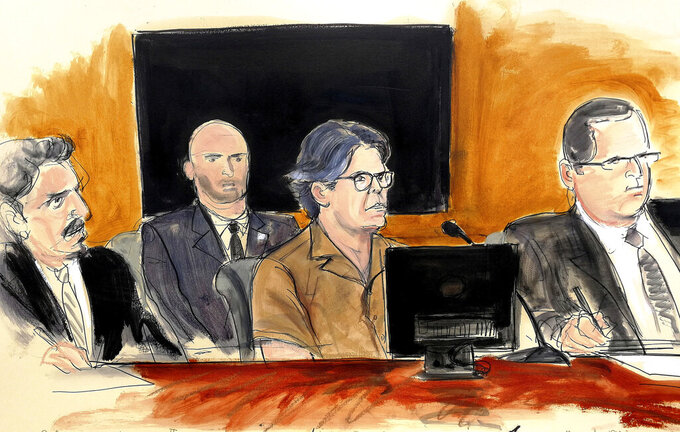 Raniere's lawyers take aim at U.S. District Judge Nicholas Garaufis in new court papers, alleging he showed a “lack of judicial temperament” and “deep-seated, unequivocal hostility” for Raniere throughout the proceedings that landed the disgraced self-improvement guru in federal prison for 120 years for a sex-trafficking conspiracy.

They cited a heated exchange last year in which Garaufis threatened to have one of Raniere's attorneys arrested during a restitution hearing in which Raniere was ordered to pay $3.5 million to 21 victims, a sum that included the cost of surgically removing scars from branding rituals performed by a secret sorority.

“Only a new judge can fairly adjudicate any further issues in this case without these pre-existing biases and prejudices,” attorney Joseph Tully wrote in a motion Friday in Brooklyn federal court. “Anyone who had entered the courtroom and witnessed Judge Garaufis’ outrageous comments during trial, at the restitution hearing, or at sentencing, would have concluded that the judge was biased against Mr. Raniere and his counsel.”

Federal prosecutors have not yet responded to the motion to disqualify Garaufis. They have denied Raniere's claims of government tampering with evidence.