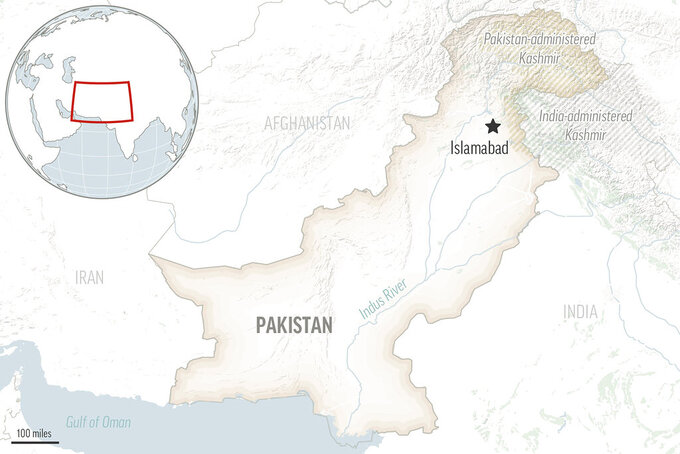 PESHAWAR, Pakistan (AP) — Security forces raided a militant hideout in a former Pakistani Taliban stronghold near the border with Afghanistan, triggering a shootout that killed five insurgents and a soldier, the military said Monday.

The shootout happened in North Waziristan, a district of the northwestern Khyber Pakhtunkhwa province, according to a military statement. It did not say when the fighting took place or provide details about the slain alleged militants. A message left with a military spokesperson was not immediately returned.

The Pakistani Taliban, known as the Tehrik-e-Taliban Pakistan, said their fighters killed a soldier during a raid by troops on their hideouts in North Waziristan. In a statement Monday, the group said it foiled the military raid but didn't say whether it suffered any casualties.